Sony has unveiled a new 3 inch display designed for use in smartphones that uses it latest WhiteMagic technology, incorporates a fourth white pixel, improving the brightness of the entire screen.

The tiny high resolution LCD display is equipped with a 1.23M-dot full VGA LCD (640 x RGBW x 480) and uses RGBW that has been developed by Sony using new algorithm for image signal processing, improving the brightness of the screen without any deterioration to the image quality. 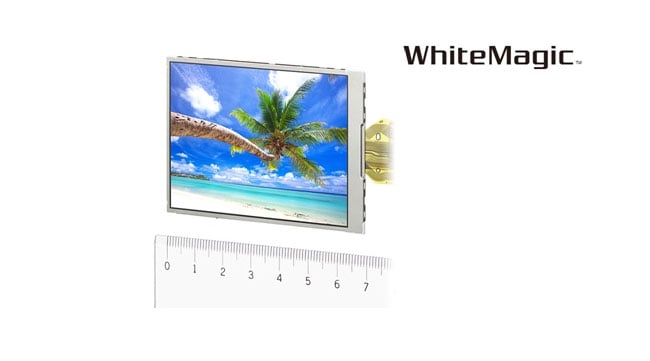 As well as improved image quality the new screen also reduces the power consumption required by the backlight by approximately 50%, while still keeping the display brightness equivalent to that of conventional RGB LCD modules.

The new WhiteMagic displays also feature a special “outdoor mode” that allows them to increase the display brightness by roughly double in sunlight, while still only using the equivalent power consumption of conventional RGB display.

For more information on the new Sony WhiteMagic technology visit their website and press release page.