Sony has unveiled a new Thermal Sheet in the form of the EX20000C, which it hopes with pave the way to drop the need for Thermal Paste between a computers processor and cooler.

Sony has been developing Thermal Sheets for some time, but now their EX20000C Thermal Sheet is capable of matching thermal paste in terms of cooling ability, whilst beating the paste on life span. 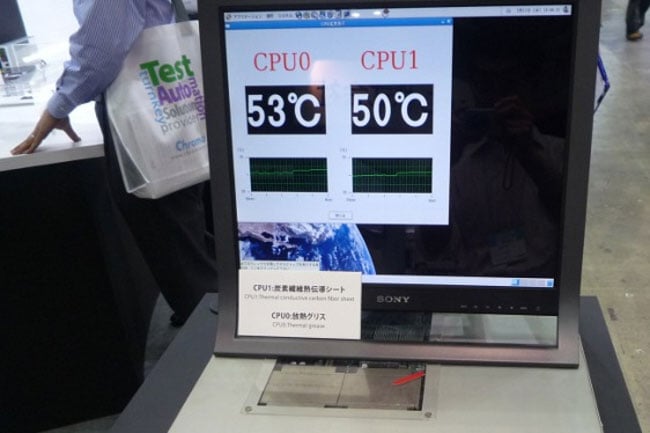 The new Thermal Sheets made from densely packed silicon have a thermal resistance rating of 0.4-0.2K·cm2/W, and were showcased at the Techno-Frontier 2012 event in Tokyo, where two processors where put side by side, to compare results.

The EX20000C Thermal Sheets created by Sony are just 0.3mm in thickness can can be produced without any imperfections. Unfortunately no information on pricing or worldwide availability has been released as yet, but as soon as information comes to light we will keep you updated as always.