As well as their new 4k projector and 3D headset Sony have also unveiled their new streaming box at the Cedia Expo 2011 in the form of the new Sony SMP-N200, which builds on their previous model the SMP-N100.

The SMP-N200 has been designed to enable you to enjoy the web and on-demand, online movies in HD and 3D. Its equipped with built in Wifi, precision cinema HD upscaling, USB support to play media, HDMI, and DLNA certified for video, audio and photo streaming. 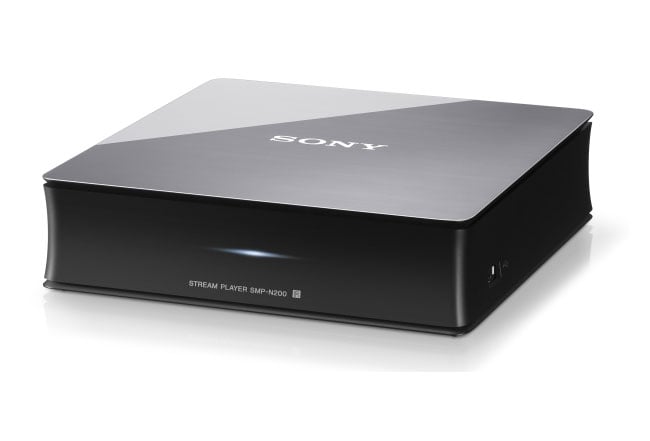 It even has its own free application that transforms your Sony Tablet, Android smartphone, iPhone or iPod Touch in to a handy remote control. The Sony SMP-N200 Streaming Box is also able to receive streamed media directly from a Sony Tablet.

“The SMP-N200 Network Media Player will change how people experience entertainment at home,” – “It’s an easy way for everyone to enjoy Internet TV. With streaming speed and quality constantly improving, you can discover an almost limitless world of online channels, music and movies on your TV screen with no need for separate entertainment devices.”