It’s not surprising at all for products to leak before they are officially unveiled by the company. In the past few weeks, we’ve quite a lot about Sony’s upcoming device known as the Sony Sirius (it’s the codename that has leaked lately, and not the official name).

Now, two more high resolution images of the alleged Sony Sirius have leaked on the internet, showing the device from front and back. 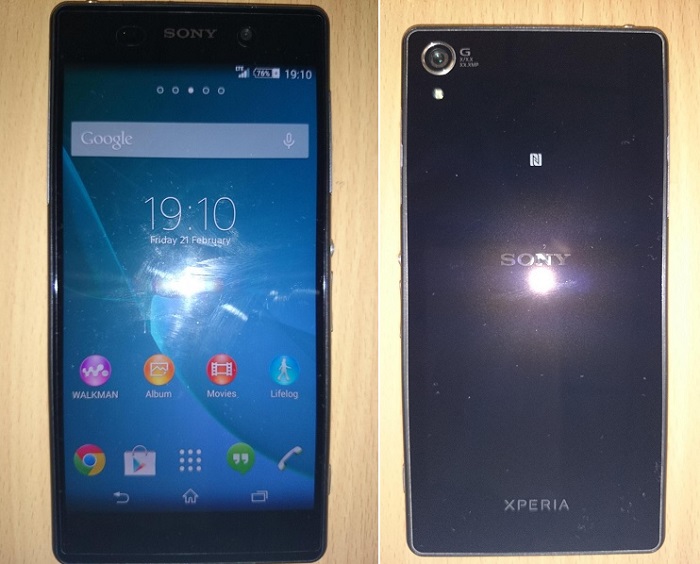 The handset has been leaked extensively in the past few days, and given us glimpses of its design and what it could bring at the table, especially from the XDA member iRimas who has been a great source of information when it comes to Sony Sirius.

The images above are also posted by the same member,  that shows the front and back of the device. Let’s start with the back, it’s rumored to come with the same 20.7 megapixel camera with G Lens, but it’s not mentioned in the image above as it’s a prototype device.

Based on rumors, Sony Sirius will rock a 5.2-inch display sporting a 1080p resolution, Snapdragon 800 processor MSM8974AB and 3GB of RAM on board.

Other rumored features include 32GB internal storage, 20.7 megapixel  rear camera for photos and videos, 2.1 megapixel front-facing camera and will possibly launch with Android 4.4.2 KitKat with a redesigned Xperia UI out of  the box.

The handset is expected to see the light of the day in Barcelona at the Mobile World Congress. For those of you who don’t know, MWC will kick off on Monday, February 24th.