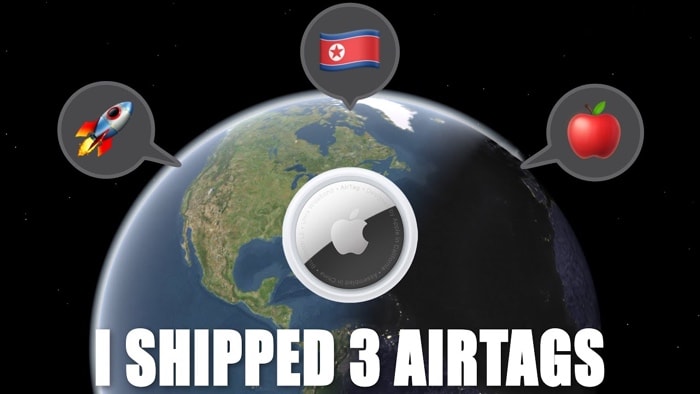 Jono sent us an email to let us know that he decided to send an Apple AirTag to North Korea, on top of that he also sent one to Apple CEO Tim Cook and Tesla CEO Elon Musk.

The video below shows us what happened when an AirTag was sent all the way to North Korea, lets find out if it was delivered. All three of the AirTag’s were sent from Germany using DHL.

As we can see from the video the AirTag to Apple CEO Tim Cook and the one to Elon Musk were delivered in the USA.

The North Korea parcel ended up not being delivered so Jono decided to send a second parcel to North Korea, this one to a different address. This one has not arrived yet, although hopefully we should get an update on whether or not it arrives in the future.

Head on over to Jono’s YouTube channel at the link below for further updates.