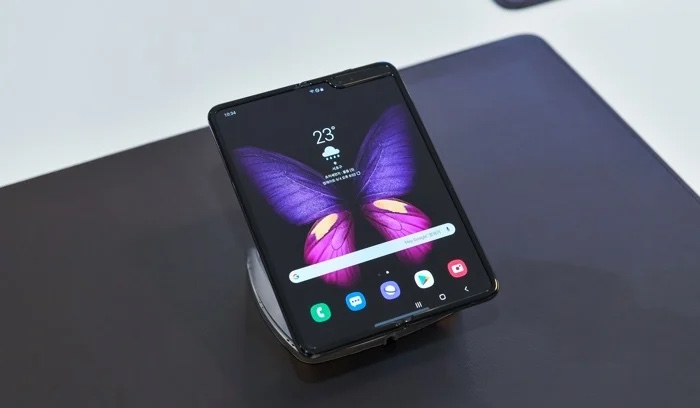 We recently heard that the new Samsung Galaxy Z Fold 2 would not be launching at the Samsung Unpacked event next month and now it looks like we have some more details about the handset.

The device has apparently been delayed due to incomplete software on it, we do not have any information on when it will be released, what we do have is some possible specifications on the handset.

According to a recent report by ET News, the new Samsung Galaxy Z Fold 2 will come with a 7.7 inch folding Super AMOLED display with a 120Hz refresh rate. The screen will use UTG (Ultra Thin Glass) instead of plastic.

On the outside of the handset there will be a 6.23 inch SUper AMOLED display and the handset will come with a side mounted fingerprint reader. The device will apparently come with a 10 megapixel front camera for Selfies and three rear cameras.

The three rear cameras are said to include a 12 megapixel main wide angle camera , a 12 megapixel ultra wide camera, and a 64 megapixel telephoto camera. As yet there are no details on when this new Galaxy Fold smartphone will launch.