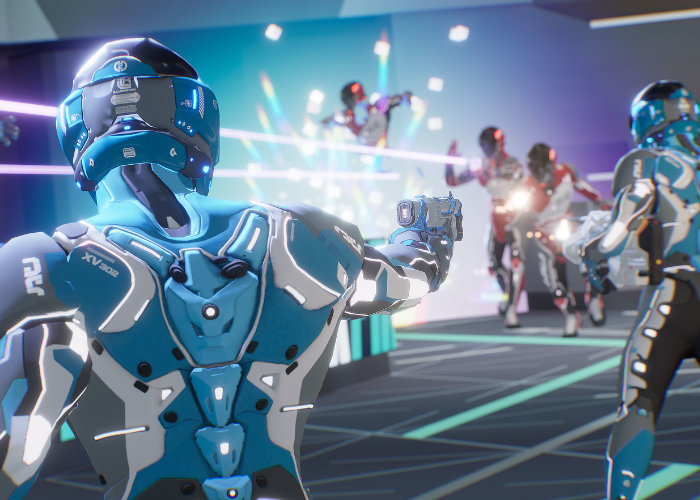 Damoun Shabestari Game Director at First Contact Entertainment has taken to the official PlayStation blog to reveal more details about the new Solaris Offworld Combat game which is launched on the PlayStation VR platform. The rules are simple: take the Control Point and hold it to score. The team that reaches the score limit or has the most points before the five-minute round is over, will be crowned the winners. Check out the launch trailer below to learn more.

“Solaris Offworld Combat immerses you in a future where esports and televised teams have evolved into playing on Virtual Holofields. You are an Athlon, part of an elite team of four, working to achieve legendary status in the fastest game around.”

“We’ve always been looking for new and intriguing ways to integrate the PlayStation Aim controller, and Solaris is no different. We believe it’s the perfect bridge between the virtual and real world to give you an incredible sense of immersion and control. The sensation of weapons materializing in your hands and the recoil of each blast immerses you in battle like no other controller is able to.”