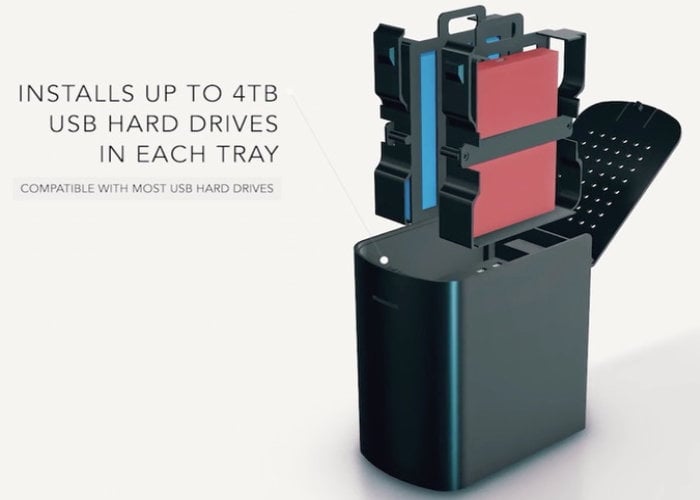 CASA is a smart home media library and storage system, created to help you automatically organise, play stream and share all your memories and entertainment from one device. Watch the demonstration video below to learn more about the voice-enabled media storage system which can be fitted with up to 8TB.

Early bird pledges are available from $109 or roughly £85 for the CASA allowing you to install your own specification of storage to meet your requirements. the storage system comes complete with its own smartphone companion app which is supported by both Android and iOS devices allowing you to view your media remotely. The home media library storage system also accepts voice commands allowing you to easily ask it to play your favourite film or music without touching any buttons.

Here’s what you can do with 8TB storage :

“We wanted an easy-to-use Product for our entire Media Library that offered rich feature set and did not compromise on Privacy. After researching for months we learnt that most people have tried multiple products but none offer all the features to make life easier. So we created CASA – One device to rule them all: Memories, Movies, Tv Shows and Music. CASA by default is setup to backup new memories on your smart devices every night when you plug in for charging.”

“CASA‘s “incoming” folder is visible to other Users on the same internal network and can simply drop in their Photos, videos and Entertainment into the incoming folder and CASA will move and Organize them into the Media Library. CASA organises your entire Media Library into one easy-to-use interface as seen below. This same interface is used for IOS, Android, Computer and TV making it easier to access your entire Library from any device. For your uploaded Memories, CASA automatically imports the Metadata and Album information from them, so you do not have to organise them again on CASA. It also comes with a User level Vault for files that need that extra protection.”

For more information, full specifications and a complete list of all available pledge options and configurations jump over to the official Kickstarter campaign page by following the link below.