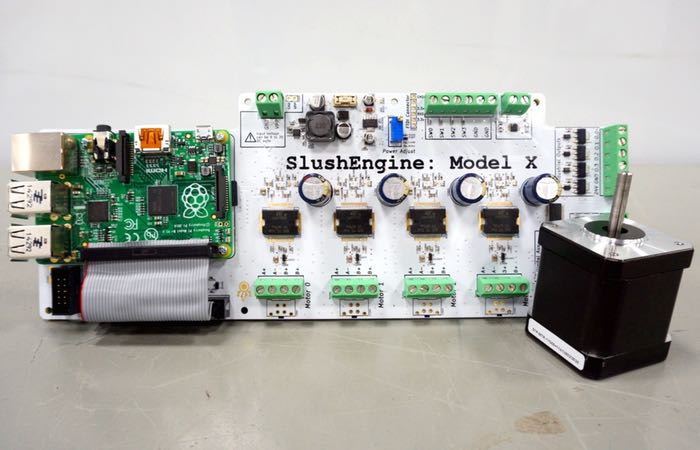 Developers, makers and hobbyists that are looking for a way to control up to four motors using their Raspberry Pi mini PC. May be interested in a new control board that has been created by Justin Policarpio and Reiner Schmidt called the SlushEngine that provide an easy to use stepper motor driver.

SlushEngine has been designed to provide users with an advanced stepper motor driver that is compatible with the Raspberry Pi single board PC, allowing projects to move motors with precision, simplicity and speed.

Watch the video below to learn more about this new stepper motor driver board and how you may be able to integrate it into one of your projects in the near future. Its creators explain a little more:

The original idea of the SlushEngine was to keep it simple. We wanted it to be as easy as possible to program the board. One of the simplest and most powerful programming languages is Python. It’s difficult or impossible to have Python run on standard microcontrollers, so we used the Raspberry Pi to execute the Python code and communicate with the smart motor drivers on the SlushEngine. “

For more information on the new SlushEngine stepper motor driver jump over to the Kickstarter website for details and to make a pledge from $40 to own one of the first off the production line.