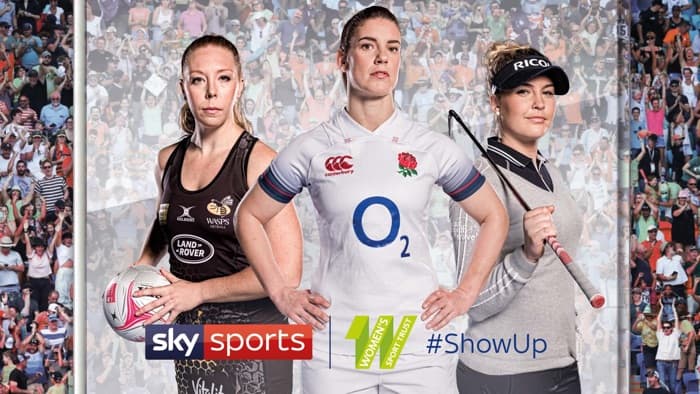 Unfortunately women’s sport has not had the same amount of coverage as men’s sport in the past, this is something that Sky Sports are looking to change with their new #ShowUp campaign to support women’s sport.

Tamsin Greenaway, the head coach and a player for the Superleague champions Wasps recently wrote an article about this important campaign, you can see a part of what she had to say below.

We need to take the first steps to creating a change in culture that places women’s sport at the heart of people’s lives. My own five-year-old lives in a world where women’s sport is cool and she loves it, but for her it’s the norm. She supports netball and my team like others support men’s football. That’s what this campaign is about: starting a shift in our culture by saying “go and watch your local team, follow them and support them” and hopefully developing an environment in which people engage with women’s sport in a much deeper way.

Sky are giving away 5,000 tickets to women’s sporting events this summer, you can find out more details about this new campaign from Sky Sports and the Women’s Sport Trust at the link below.