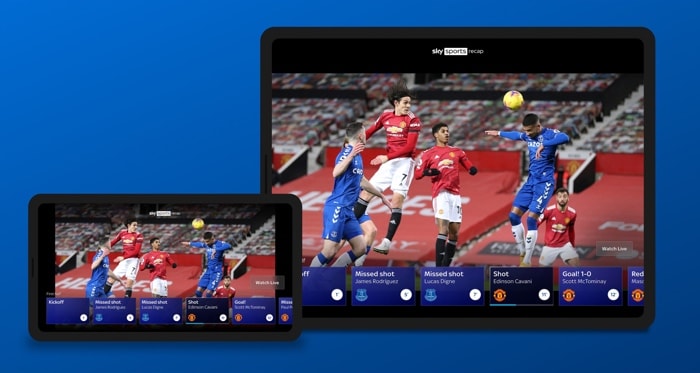 Sky has announced a range of new features for its Sky Q service and also is Sky Go apps. You can now do more things with voice control.

You can now use voice control on Sky Q to switch between your favourite apps, you can also use voice commands to record live TV and more.

Sky is also launching Sky Sports Recap on Sky Go for iOS, which will let you catch up on the latest sports in the app.

You can now move between your favourite apps in a flash – jump from watching Disney+ to doing a workout on Fiit, then switch to listening to your favourite music on Spotify, all by using your Sky Q voice remote. When you’re in an app, just hit the voice button, say the name of the app you want to launch to quickly get to your favourite entertainment. Try saying “Netflix” when you’re in BBC iPlayer, and it will launch – without heading back to Sky Q home.

Plus, easily navigate out of apps and back to Sky TV using your voice remote. Try saying “Home” to get to the Sky Q home page or tune in to a specific channel with a simple voice command, for example say, “Watch 101” and start watching BBC One.

Here are some of the new features coming to Sky Go:

You can find out more details about all of the new features for Sky Q and Sky Go at the link below.