Sky has announced a new set top box for their Sky Now TV streaming service, the box connects to your HTDV via HDMI and it will allow to watch Sky Now TV over WiFi. 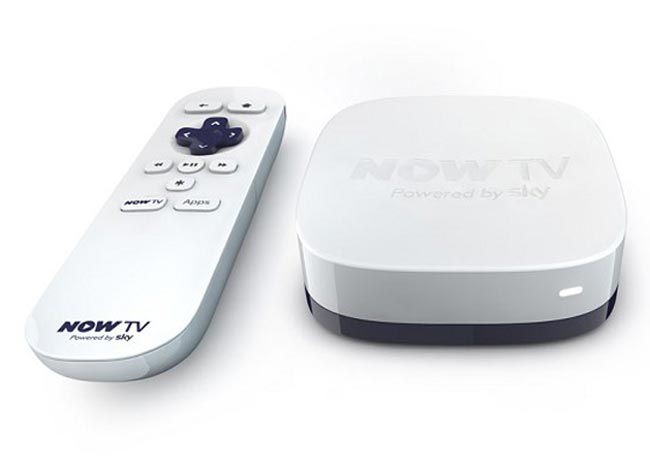 Smaller than a pub beer mat, the NOW TV Box measures in at a trim 84mm x 84mm x 24mm and can be up and running in minutes. Simply plug the box into your TV set via the HDMI cable provided, connect to your wireless internet connection and you’re away.

The box launches as new research from NOW TV reveals the nation’s ever-increasing appetite to watch what they want, when they want.  Over two thirds of Brits have now taken advantage of on demand services on their main TV sets – whether via Smart TVs or other connected devices, with  two in five of us  streaming must-see shows or settling down to a movie on a weekly basis.

The Sky Now TV also offers access to the BBC iPlayer, the BBC News apps, as well as Spotify, Facebook and Flickr, you can find out more details about the Sky Now TV Box over at Now TV at the link below.