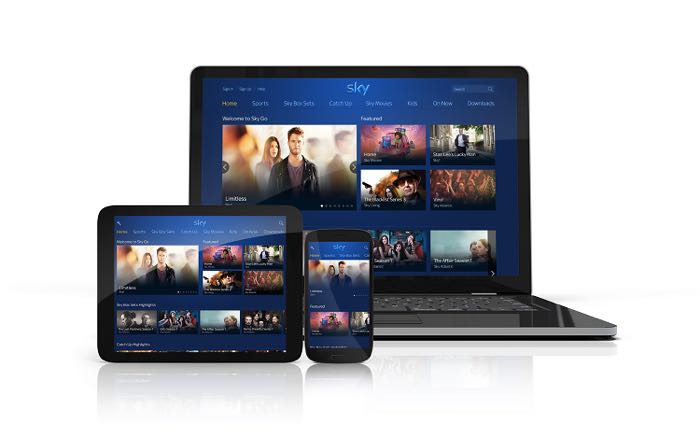 Sky has announced that they are releasing a new version of their Sky Go app and the latest version of the app comes with a new design and features.

The company has said that the new version of the Sky Go app will start rolling out to users of the service in the UK and Ireland this week.

“Both the redesign rolling out today and brilliant new features coming later this year are all part of our commitment to making finding the best TV brilliantly simple. So grab your phone or tablet, log in, and enjoy your favourite TV wherever you are.”

The brand new home page rolls out from today for Android users, with an iOS update to follow in February as part of a phased roll out. Customers who use the Sky Go web service will find the whole site and navigation has been overhauled from today with the new intuitive home page across all platforms.

Sky also revealed that the app will no longer support iOS when the update is released, so if you are running an app on an iOS 6 device you will need to upgrade to iOS 7, details of this can been seen in the screenshot below from the current Sky Go app. 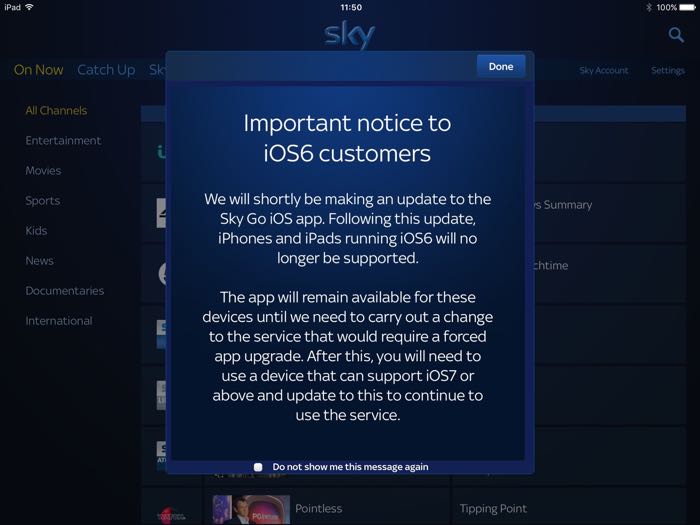 You can find out more details about the new features that are coming to Sky’s streaming app over at their website at the link below.