UK broadcaster SKY has announced a new service called Buy & Keep for movies in the UK, the service will be run through the company’s Sky Store on their Sky boxes.

At the moment you can rent a movie from Sky on their Sky boxes, but when buy and keep launches, you will be able to purchase the movie, and watch it instantly on your Sky+HD box. 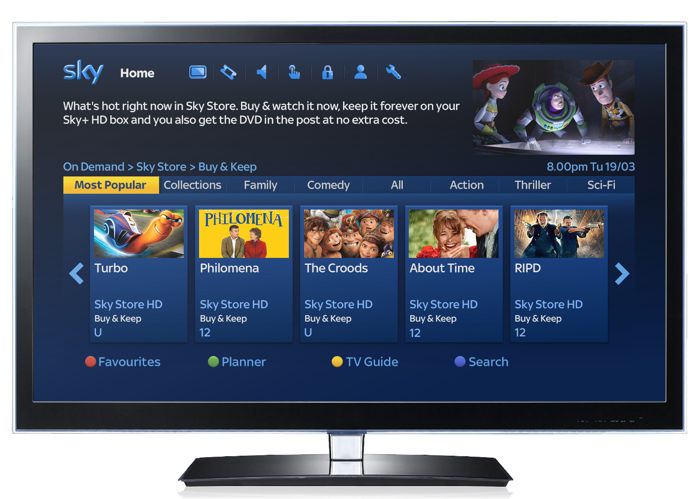 You will also receive a physical copy of the movie you have purchased on your Sky box in the post a few days after the purchase.

Sky Store ‘Buy & Keep’ offers brand new movies at the same time as their DVD release, with many titles available for digital early release. Once people have selected the movie they want to buy, it is saved straight to their Sky+HD box and is available to watch in minutes.  Once saved on the box, the movie is theirs to enjoy again and again, regardless of whether they move house or change Sky boxes in the future.

Sky Store ‘Buy & Keep’ will launch with hundreds of titles, including Warner Bros’ epic adventure and box office hit ‘The Hobbit: The Desolation of Smaug’, family fun animation ‘Turbo’, the Richard Curtis romantic comedy ‘About Time’, as well as ‘Life of Pi’ and ‘The Wolverine’, along with many other titles from 20th Century Fox and NBCUniversal.

Sky has announced that the service will only be available to their current subscribers at launch, but they plan to expand the service to users of their no subscription Sky Now TV service.