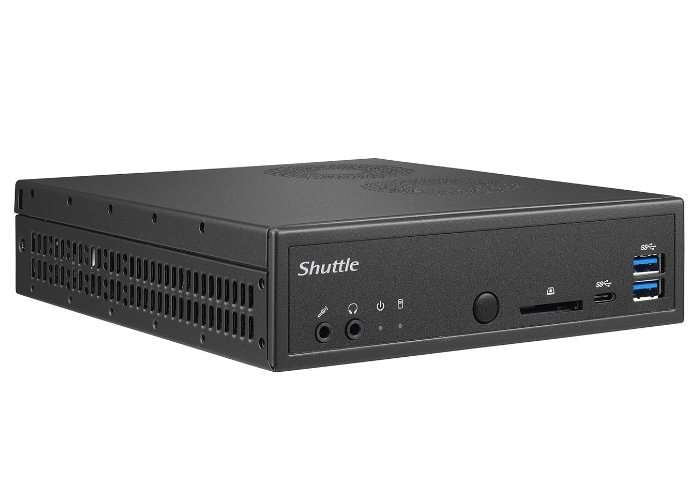 Hardware and mini PC manufacturer Shuttle has today announced a new addition to its range of compact systems with the launch of the Shuttle DH270 which will be available in a number of different configurations including a XPC Barebone DH270 system that will be priced at €235.

Specifications and features of the new Shuttle mini PC include a 2.5-inch drive and one NVMe SSD, the XPC Barebone DH270 also provides two SO-DIMM slots for up to 32 GB of DDR4 memory.

Support is also provided for any Intel Core processors (LGA1151) from the seventh and sixth generation with up to 65 Watt TDP are suitable. There is a total of two M.2 slots on the mainboard, 1x M.2-2280 and 1x M.2-2230, which can be used for an SSD and WLAN module. Tom Seiffert, Head of Marketing & PR at Shuttle Computer Handels GmbH :

Fluent 4K playback through HDMI with 60 images per second was previously only possible on models with a dedicated graphics card. Subsequent products, including those from the other model series, will likewise be equipped with HDMI 2.0 in the foreseeable future.

Other ports include 1x HDMI 2.0 and 2x HDMI 1.4b, this model enables multi-screen workstations or digital signage scenarios with up to three 4K monitors (1x 60 Hz, 2x 30 Hz).