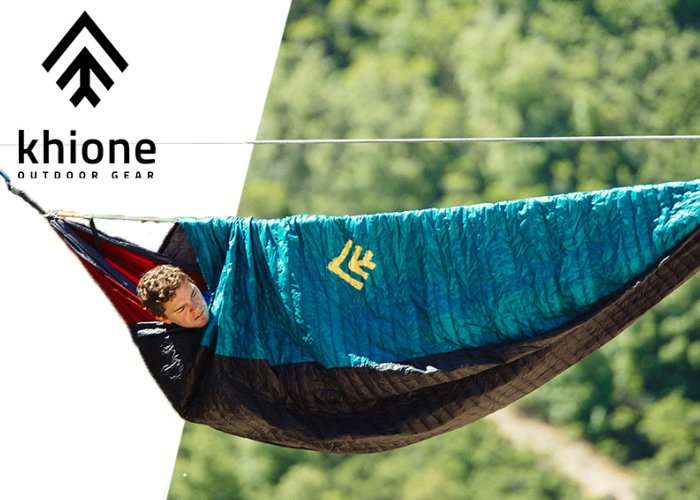 Outdoor adventurers and designers Casey Messick and Caleb Lystrup have created a new ultralight hammock and outdoor shelter called the SHEL, which has been manufacturer by Khione Outdoor Gear and has week launched via Kickstarter.

With still 29 days remaining on its campaign the project has already raised nearly $40,000 thanks to over 280 backers. Watch the video below to learn more about the SHEL and its unique design.

Its developers explain more about the inspiration behind SHEL and some of its unique features.

Caleb went hammock camping in July, 2016 and froze. He noticed that the other hammock gear available to warm your backside is bulky, complicated, and expensive. Caleb drew out some early designs, talked to Casey, and the two of them set out to create the SHEL. They engineered several prototypes, tested their designs with customers, and have honed the hammock shelter to be truly remarkable.

In March, 2017, their design and prototypes won them BYU’s prestigious Student Innovator of the Year Award. They invested all of the prize winnings into equipment and prototypes. That’s how Khione Outdoor Gear got started. Since then, they have been privileged to bring on several other student team members with backgrounds in business strategy, marketing, sewing, graphic design, web development, and so forth. They have formed a gritty, low-budget dream team with high ambitions, a lot of brains, and a love for adventure.

Jump over to Kickstarter now for a full list of all available pledges which will start shipping out to backers during January 2018.