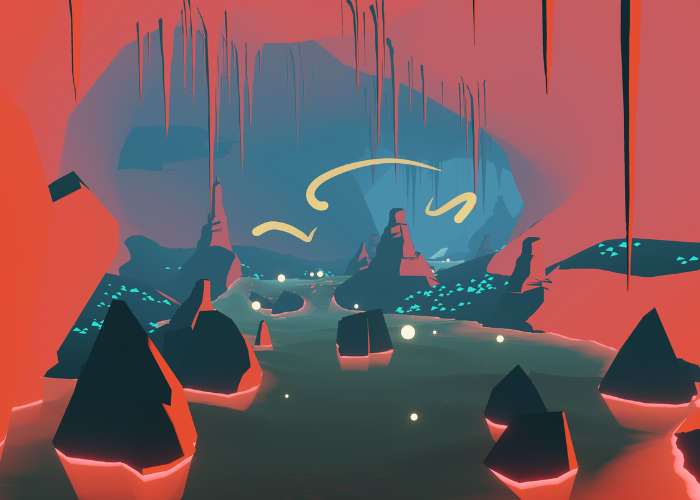 It’s developers are also planning to launch the title on Xbox One, PC and Mac via the Steam games network and have built the game using the Unreal Engine 4 with procedural dynamic effects and a custom responsive soundtrack.

Whew! It’s been busy so long I’ve forgotten what it’s like to not have every hour of the day accounted for. Yet, snug between my day job and learning how to parent a 2.5 year old, a few hours remain each day to complete the epic journey of making this game. And I gotta say, I really like how it’s turning out. Feast your eyes on a new teaser trailer!

The big news is that we’re celebrating my new partnership with Plug In Digital and Seaven Studio who are helping me port the game to Steam, Playstation 4 and Xbox One. With this announcement comes a more realistic release date: Early 2018. This one’s for real! Thanks for your patience, folks.
Shape of the World is an ephemeral first-person exploration game where the world grows around you in a procedurally populated environment.

Exploration is about intentionally getting lost and the joy of being found again. Your presence is the driving force behind the evolving environment as you establish permanent monuments to mark your way. Without your presence, will the forest still come alive?