If you are worried about privacy, you can now get your hands on the same smartphone that is used by government officials a Secusmart Encrypted BlackBerry.

Secusmart has been providing secure smartphones which are encrypted to government officials, Germany’s Angela Merkel uses a Secusmart BlackBerry. 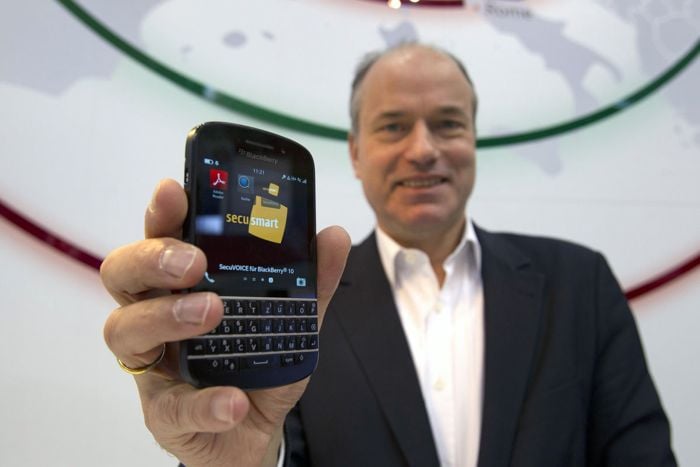 The company is now offering its secure smartphones to consumers, and you can purchase a Secusmart BlackBerry for 2,000 Euros which is about $2,770.

“Voice encryption used to be a niche that only intelligence services were interested in,” Secusmart Chief Executive Officer Hans-Christoph Quelle said. “That niche is widening now. We want to look at private customers, but we definitely have to go after companies this year.”

After all the recent spying allegations with the NSA, more consumers may be interested in switching to more secure devices.

And last month we heard about another secure smartphone, the BlackPhone, which is designed to protect your data and calls from spying eyes.

The price of $2,770 may be too much for the average consumer, although such devices could be popular with businesses who want to keep their information secure.