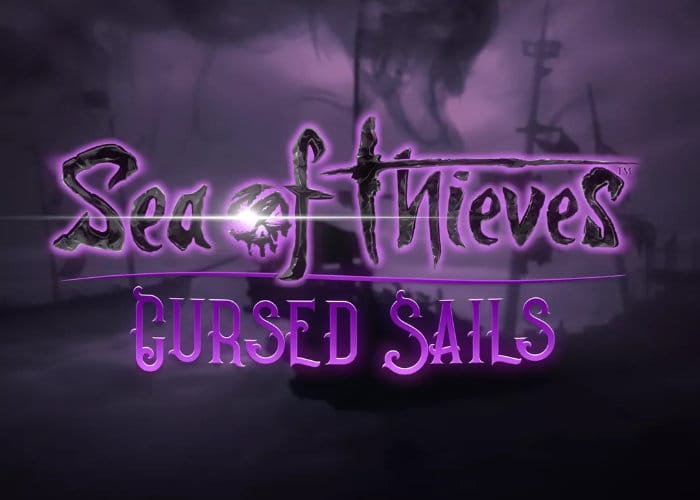 A new update has been rolled out to the popular Sea of Thieves multiplayer adventure game by developer Rare this week tweaking a few lines of code in the recent Cursed Sails content that was rolled out a couple of weeks ago and is currently in its second week of battles. Watch the developer update to learn more about everything you can expect from the latest Sea of Thieves update 1.2.1 for both Xbox One and Windows 10 PC.

**Cursed Sails Battle Times** – Players who can only play during fixed times will be able to battle for a different region each week. For example, if this week your fixed playtime only allows you to encounter The Battle for the Shores of Plenty, next week you will encounter The Great Battle of the Ancient Isles during the same fixed playtime.

This change was made in response to community feedback.

Cursed Sails Battle Cooldown – The timer between battles has been extended to give players a chance to collect loot dropped by defeating the skeleton crews.

Cursed Sails Battle Despawn – The battle despawn timer has been increased, which will give sunk crews a greater chance to sail back and continue the battle they started.

Skeleton Ship VFX – Improvements have been made to VFX of water splashes when skeleton ships emerge.

**Fixed Issues**
Skeleton Forts have been re-enabled.
Skeletons and animals now spawn as intended.
Players fired from cannons will no longer occasionally travel in unintended directions.
Firing yourself out of a cannon no longer causes muffled cannon audio to persist.
Ship Liveries that change the colour of the ship’s hull now correctly change the colour of the capstan.
Alliance join/leave/disband pop-ups now appear even when the player is in the Flag Box menu.
The Brigantine’s missing bell has now been found and added.
Players speaking to a Gold Hoarder NPC at an Outpost will no longer incorrectly receive “The Hungering Deep Begins” banners.

**Known Issues**
Items placed behind the barrels at the bow of the Brigantine cannot be picked back up.
Merchant Alliance crates on board a ship which sinks will not float to the surface and cannot be picked up.