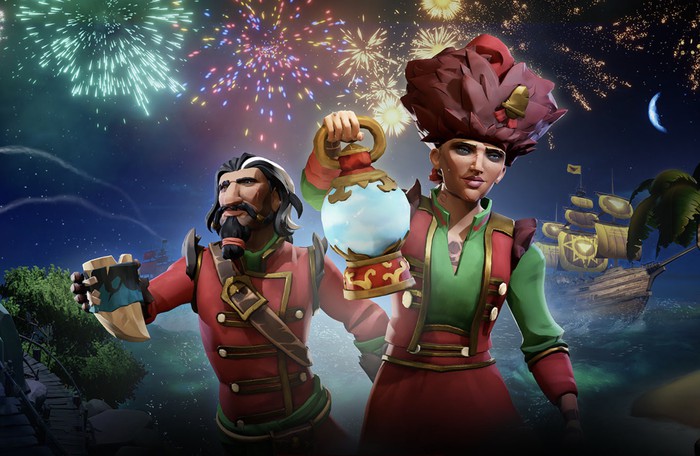 The new Sea of Thieves Season 5 is now underway bringing new content, gear and adventures to players, to “reinvigorate your escapades on the sea” says Microsoft. One neat feature in the new update is the ability to bury your own treasure allowing you to keep your valuable possessions safe from marauders and other pirate players. You even get your very own custom treasure map to help you remember where you have buried all your loot. Check out the content update trailer embedded below to learn more about the new features and enhancements added to the Sea of Thieves game in Season 5.

“Grab a grog and don your best party finery – Sea of Thieves Season Five’s boatload of Voyage-enhancing features arrives December 2, free for all players with Xbox Game Pass and across Xbox Series X|S, Xbox One, Windows 10 and Windows 11! Bury loot for safety or share your treasure maps with curious crews, employ fresh strategies and schemes with the Cannon Rowboat or simply celebrate another year of free content updates by pulling up a pew to ‘ooh’ and ‘ahh’ at a flashy fireworks display. No matter what style of scoundrel you play, there’s sure to be something for you to enjoy! “

“At last, you can indulge in that classic element of the pirate fantasy: don’t just dig up treasure, bury your own! Almost any item can now be buried, creating a special map that leads back to your loot. Hide your most precious belongings, lay traps for other pirates who manage to steal your Map Bundle or even post a map to the new Quest Board for other treasure seekers to find! You’ll earn Renown if other crews find your buried items – will you reward them with a glorious prize, or send them on a wild goose chase?”

“Use fireworks to set things off with a bang or call for help with a Signal Flare! These explosives can be found in barrels or purchased from the Merchant Alliance in themed Firework Crates, giving you a multicoloured cache of whizzes, fizzles and booms to really set off whatever you’re celebrating. Fire them out of a cannon and watch the sparks fly – or, better yet, row yourself out to sea to put on your own private pyrotechnics show with the brand new Cannon Rowboat!”