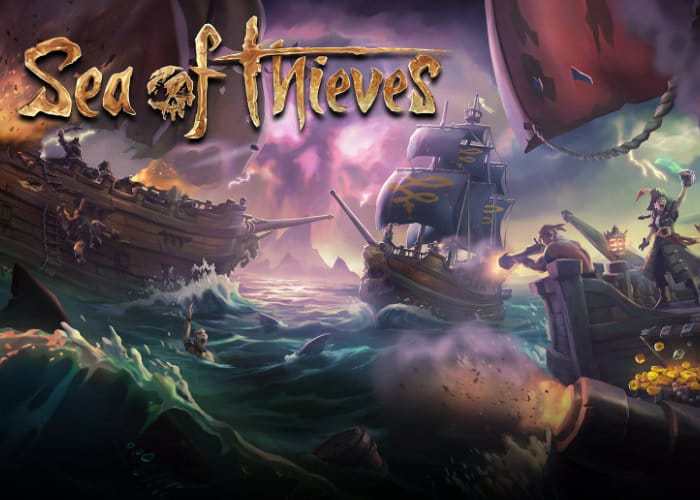 Those of you that are enjoying playing with the new Sea Of Thieves pirate adventure game which is exclusively launched on the Xbox One and Windows 10 PC systems, might be interested in a new video which has been created by the development team at Rare, providing a glimpse of what you can expect from new Sea Of Thieves content that will start arriving during May 2018 as the The Hungering Deep update.

Joe Neate, Executive Producer at developers Rare discusses new content that will soon be rolling out to the Sea of Thieves game as well as providing more information on tweaks, enhancements and new features currently under development. In the coming months you can expect the game to start bringing players together in interesting ways, encouraging different types of player encounters, enriching the world that players adventure in, giving players new ways to play, giving players a variety of goals and rewards and broadening the journey to Pirate Legend and beyond.

“Our first content update, The Hungering Deep, will release in May and bring with it a new AI threat to the world. Crews will have to work together to discover and defeat this threat as part of a unique event. We will also be introducing a number of new mechanics to assist players on this adventure, and there will be unique rewards that players can earn as part of this event. Beyond this, we will begin our weekly events programme during May, where we introduce new mechanics and give players fun new ways to play with weekly events and rewards.”

During the summer months more content will be rolled out in the form of the Cursed Sails update, which will bring players a new ship type, and Forsaken Shores, a “perilous new part of the world to explore”. Together with new gameplay mechanics for players, new AI threats to challenge and new unique rewards to claim. As soon as more information is announced by the development team at Rare will keep you up-to-date as always.