NASA has spent billions of dollars putting Rovers on the surface of Mars in an attempt to discover details about the history of the planet many millennia ago. NASA has continually found evidence that Mars once had flowing water on its surface and possibly an atmosphere that could generate clouds and rainfall. 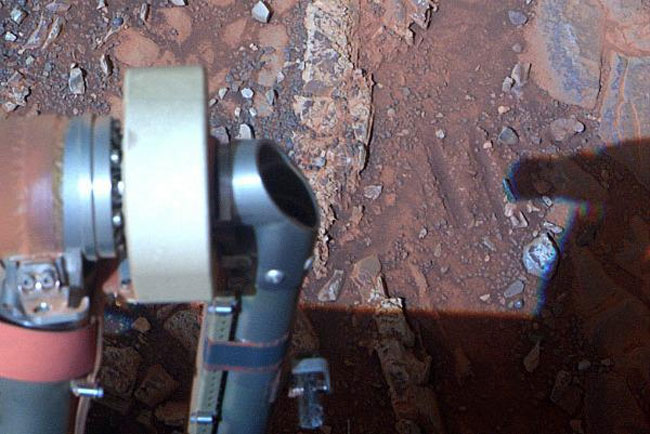 The Opportunity rover recently examined a rock discovered on the surface of Mars that was called Esperance by scientists. According to the scientists, the rock has a combination of elements inside that indicate a clay-mineral composition that was formed in a watery environment. Scientist Steve Squyres from Cornell University, who is the principal investigator for the Opportunity mission at JPL said that the rock indicates water you could drink.

He believes that the water would have had a neutral, non-acidic composition like freshwater on earth. Neutral non-acidic water is important because it is needed to harbor life as we know it. The discovery shows the conditions on the surface of Mars several billion years ago could have been supportive of life.

“The Esperance results are some of the most important findings of our entire mission,” said Squyres, who is based in Ithaca, N.Y. “The composition tells us about the environmental conditions that altered the minerals.”