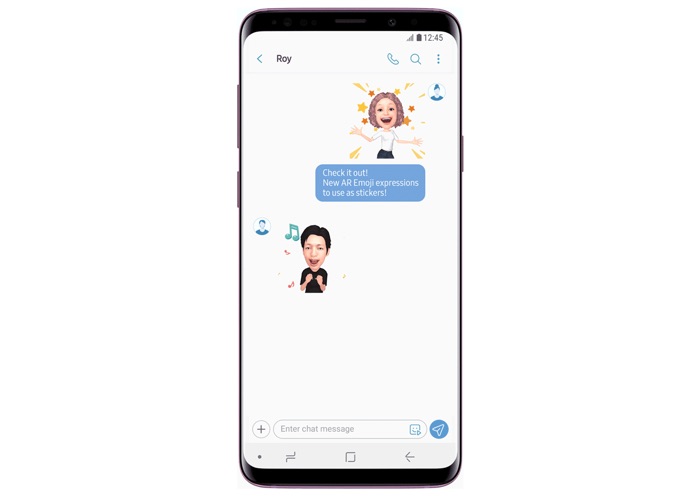 Samsung recently revealed some new Incredibles themed AR Emoji for its Galaxy S9 handsets and now the company has announced that it is adding some new expressive stickers.

Samsung has added 19 new pre-set expressions to its AR Emoji, this makes a total of 36 expressions available with more coming in the future.

The smartphones’ camera app update, now available in the ‘My apps’ section of the Galaxy Apps store, has expanded AR Emoji’s library of pre-set expressions from 18 to 36. Samsung also plans to add 18 more expressions in the coming months, which will bring the feature’s total number of emotion-capturing sticker options to 54.

Once users have downloaded the update, they’ll be able to access and share the new AR Emoji stickers directly from the keyboard, or copy and paste them from the Gallery app into their favorite messaging platform.

You can find out more details about the new AR Emoji from Samsung for their Galaxy S9 and S9 Plus handsets at the link below.