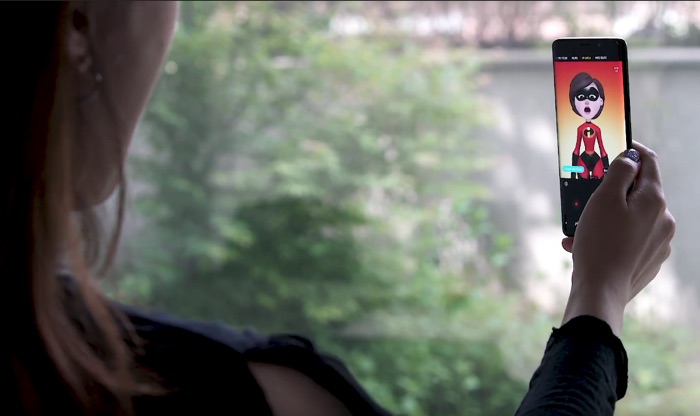 Samsung has announced that it has teamed up with Disney and they are launching some new “Incredibles’ themed AR Emoji on their Samsung Galaxy S9 and Galaxy S9+ handsets.

There are now five new Incredibles themed AR Emoji on the Galaxy S9 and Galaxy S9 Plus, these include Mr. Incredible, Elastigirl, Violet, Dash and Jack-Jack and Frozone.

Samsung Electronics and Disney recently teamed up to make messaging a little more incredible by bringing classic Disney characters to life as AR Emojis. Now, the companies have revealed that the already available characters of Mickey Mouse, Minnie Mouse and Donald Duck have been joined by all five members of Pixar’s beloved superhero family, the Incredibles, and their friend, Frozone.

Galaxy S9 and S9+ users may now personalize their messages with augmented-reality avatars of Mr. Incredible, Elastigirl, Violet, Dash and Jack-Jack, as well as fellow superhero Frozone. To add them, simply access the camera’s AR Emoji mode, tap the plus icon on the right-hand side, and select the Incredibles AR Emoji pack from the Galaxy Apps Store.

You can find out more details about these new AR Emoji over at Samsung at the link below.