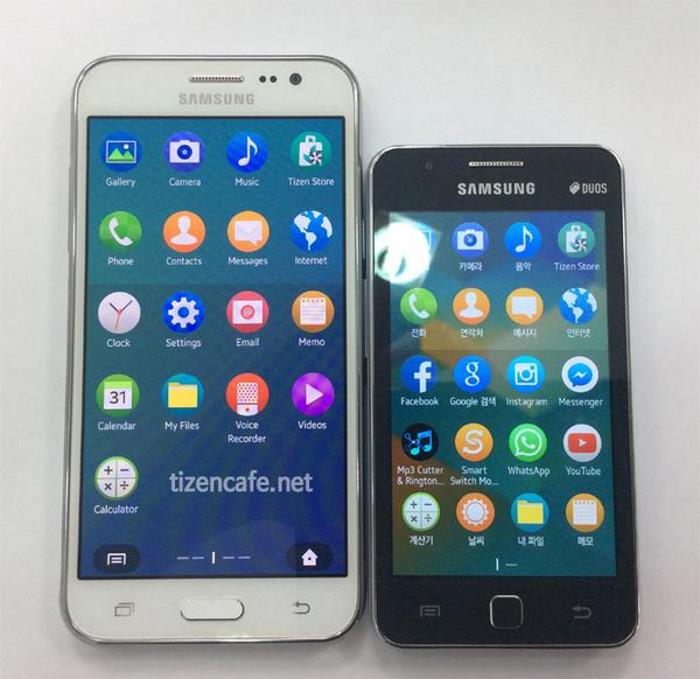 Earlier this month, the alleged Samsung Z3 was spotted on the FCC, revealing some details about the specifications of the alleged device.

If that wasn’t enough, the Tizen-based Samsung Z3 images have leaked in all its glory, revealing the design of the handset.

The images compare the Samsung Z3 with the smaller Samsung Z1, and also shows the design language deployed by Samsung in the upcoming Tizen handset. As seen from the images, the Samsugn Z3 is considerably bigger than its predecessor, and features a better display.

As per previous leaks, the Samsung Z3 will come with a 5-inch Super AMOLED display sporting a resolution of 1280 by 720 pixels resolution, a 1.3Ghz, quad-core Spreadtrum SC7730S processor, 1.5GB of RAM, 5MP front camera, 8MP back camera, a 2,600 mAh battery, dual SIM support and ships with Tizen 3.0 as its operating system out of the box.

Samsung is expected to launch the handset in several developing countries including India, Bangladesh and Nepal. We’ll update you as soon as we get any more details about the launch and availability of the handset.