Samsung’s new Series 9 laptop that was showcased at CES 2012 and has been designed to compete with Apple Mac Air laptop, will soon be arriving in the UK. Samsung has today announced that the Series 9 will be available to purchase in the UK on 25th February 2012. So if you have been patiently waiting for the new laptop to arrive your wait is nearly over. Check out the video after the jump to see the new Samsung Series 9 laptop being unboxed. 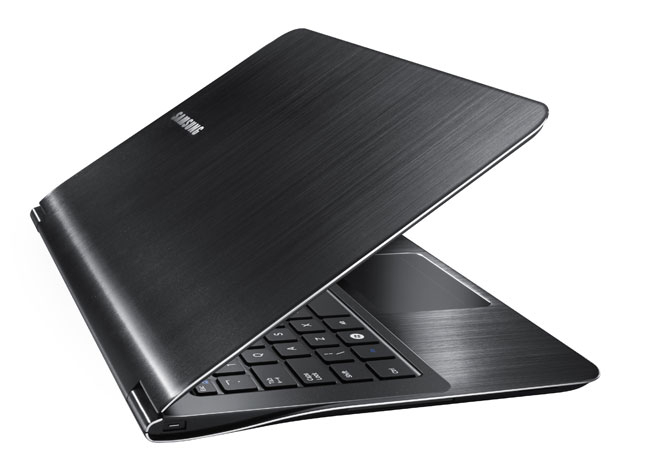 The sleek lines of the new Samsung Series 9 laptop hide so great technology including a powerful Intel Core i5 Processor 2537M 1.4GHz, 3MB, supported by up to 4GB of memory. Storage on the thin laptop is provided by a 128GB solid state drive, which enables the laptop to wake from standby in around 1.48 seconds say Samsung, using Samsung new Fast Start technology.

The internal battery of the Series 9 is powerful enough to provide 10 hours of battery life and powers a screen that can be used outside with problems in the sun, thanks to its 180% brighter HD+ SuperBright Plus 1366 x 768 screen. The new Samsung Series 9 laptop will first be available in John Lewis within the UK for around £999, but will roll out to other retailers over the coming weeks.