Samsung are expected to announce a number of new devices at this years Mobile World Congress, and now they have sent out invites although not for a press conference, instead to come and visit Samsung at the show.

You can see the invite from Samsung below, and the company is expected to hold a special Samsung Unpacked event in March where they are rumored to be announcing their new Galaxy S4 smartphone. 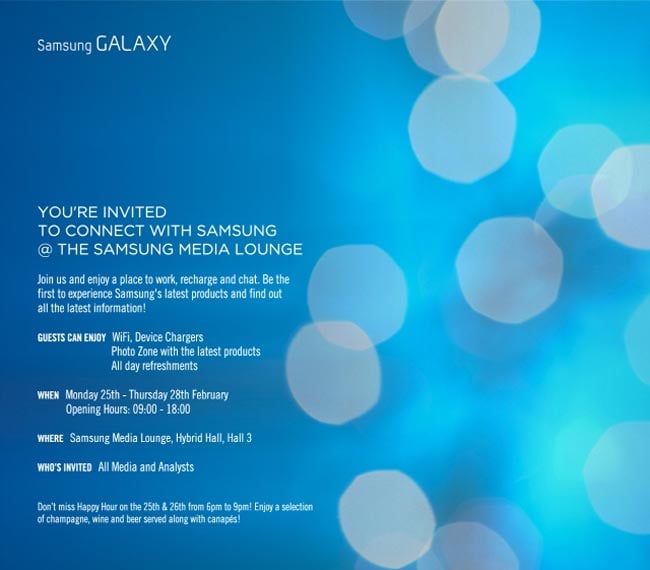