Samsung’s new Galaxy Note II went on sale in Korea last week and the device has launched in the UK today, and now Samsung has released a new vdeo which gives us a look at some of the features o the Galaxy Note II. 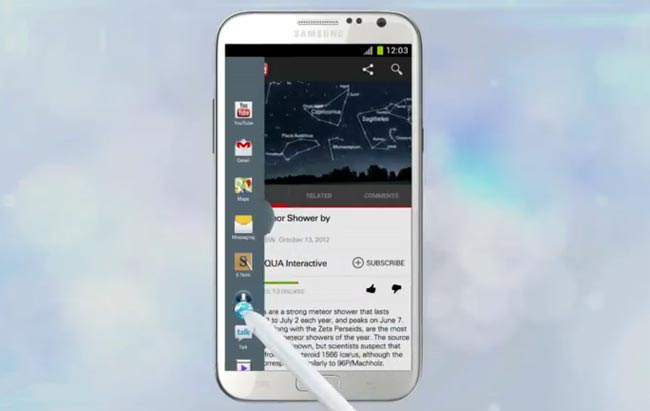 Other specifications on the Samsung Galaxy Note II include Samsung’s S Pen stylus, 2GB of RAM, a microSD card slot and a choice of either 16GB, 32GB or 64GB of built in storage.
Source Sammyhub