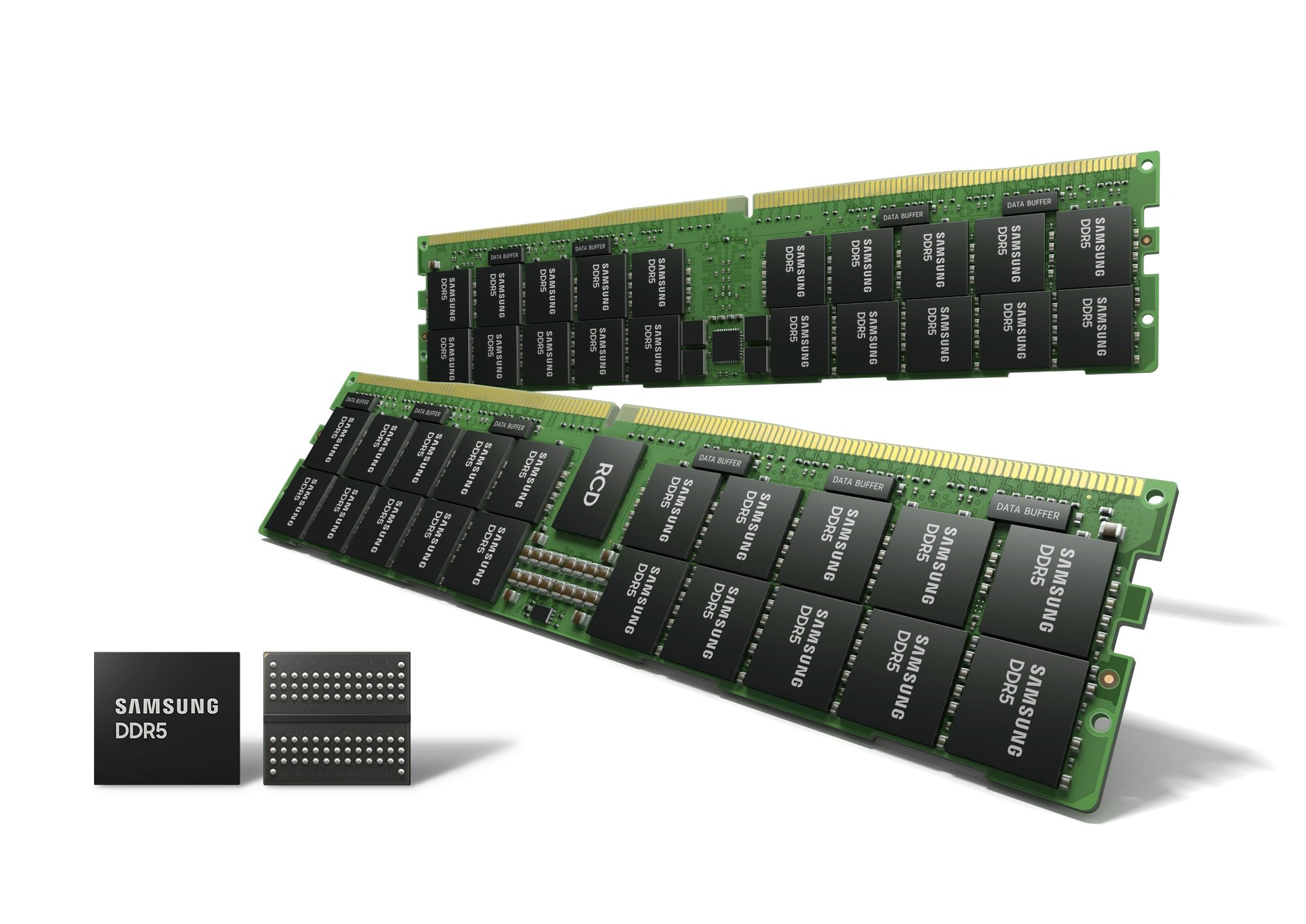 Samsung has announced that it has now started mass production of its new 14nm EUV DDR5 DRAM, this new DDR5 RAM is 20% more efficient.

The new 14nm EUV DDR5 DRAM comes with speed of up to 7.2 gigabits a second, this is more than twice the speed of their DDR4 RAM.

Samsung Electronics, the world leader in advanced memory technology, today announced that it has begun mass producing the industry’s smallest, 14-nanometer (nm), DRAM based on extreme ultraviolet (EUV) technology. Following the company’s shipment of the industry-first EUV DRAM in March of last year, Samsung has increased the number of EUV layers to five to deliver today’s finest, most advanced DRAM process for its DDR5 solutions.

“We have led the DRAM market for nearly three decades by pioneering key patterning technology innovations,” said Jooyoung Lee, Senior Vice President and Head of DRAM Product & Technology at Samsung Electronics. “Today, Samsung is setting another technology milestone with multi-layer EUV that has enabled extreme miniaturization at 14nm — a feat not possible with the conventional argon fluoride (ArF) process. Building on this advancement, we will continue to provide the most differentiated memory solutions by fully addressing the need for greater performance and capacity in the data-driven world of 5G, AI and the metaverse.”

You can find out more details about the new Samsung 14nm EUV DDR5 DRAM over at Samsung at the link below.