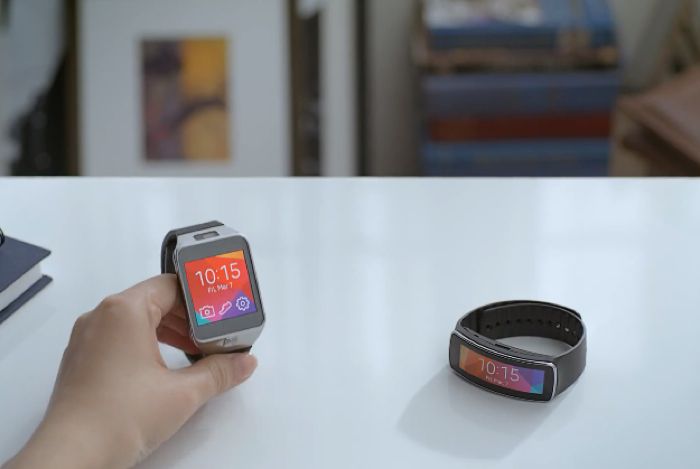 The Samsung Gear Fit comes with a 1.84 inch curved Super AMOLED display, the device also feature Bluetooth 4.0 LE and is designed to be both dust and waterproof to IP67 standards.

The device comes with a number of sensors, which include a hear rate monitor, an accelerometer and a gyroscope, it is designed to be used for sports and fitness.

The Samsung Gear to features a metal body and a 1.63 inch Super AMOLED display, it is also certified to dust and water resistance to IP67 standards.

This wearable gadget also come with a hear rate sensor, a gyroscope, an accelerometer, and an IrLED, it features Bluetooth 4.0 LE and a 2.0 megapixel auto focus camera.