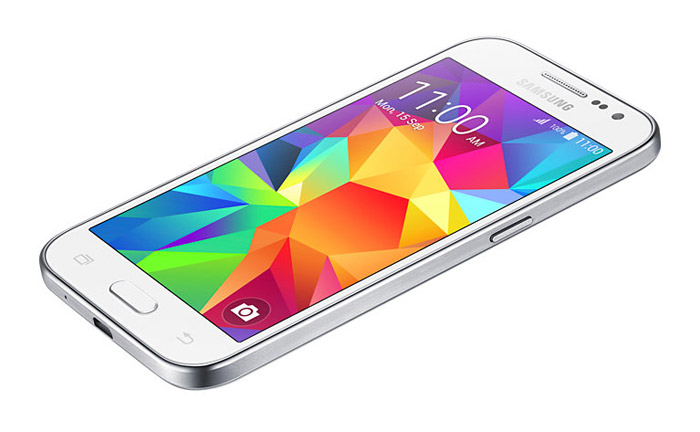 Samsung has pulled the wraps off another smartphone this week and this time it’s not a fancy high-end device like the Galaxy S6 or S6 Edge. This new smartphone is aimed at the shoppers out there who are on a budget and need something that is easy on the wallet, it’s called the Galaxy Win 2.

The big draw here is that the smartphone uses a 64-bit compatible quad-core Snapdragon 410 CPU. That CPU is mated with 1GB of RAM and 8GB of internal storage. Internal storage can be expanded using memory cards if needed. The screen is a 4.5-inch unit with a resolution of 480 x 800.

The screen resolution certainly marks this device as a budget offering. In addition to 64-bit support, the smartphone also has LTE capability and supports dual SIMs. The front camera is a 2MP unit with a 5MP camera on the back. Power comes from a 2000 mAh internal battery and the Win 2 runs Android 4.4 out of the box. An update for Android 5.0 will be coming in the future. The smartphone will sell for around $230 in Brazil where it was unveiled. That sounds like a lot of money, but that is a budget price in a country where smartphones tend to cost more than most other countries.