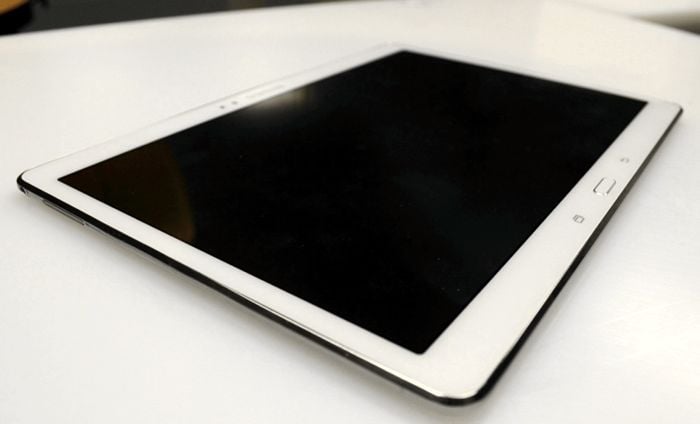 Samsung has a new range of Galaxy tablets on the way, the Samsung Galaxy Tab S, which will come in two sizes, one with an 10.5 inch display, the other with an 8.4 inch display.

We recently saw some photos of the 10.5 inch Galaxy Tab S, and now the device has appeared at the FCC, and we have some new photos which give us a better look at Samsung’s latest Galaxy tablet. 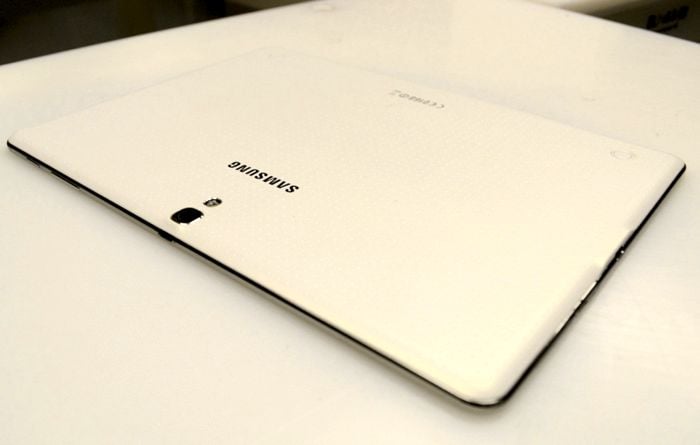 As yet we do not know how much RAM will come in the new Samsung Galaxy Tab S, although we suspect it will come with at least 2GB.

This new tablet will also come with a 2.1 megapixel front facing camera and an 8 megapixel rear camera, the device will also feature 4G LTE, Bluetooth 4.0 LE, an IR blaster, GPS and WiFi.

The Samsung Galaxy Tab S will come with Android 4.4 Kit Kat, and the device will feature the Samsung Magazine UX, there are no details as yet on when it will be available or how much it will cost.