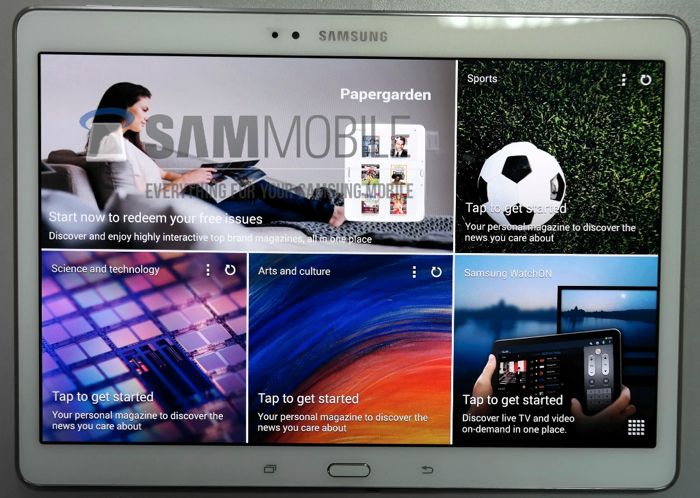 On Monday we heard some details on Samsung’s latest tablet, the Samsung Galaxy Tab S, which will come in two sizes, one with an 8.4 inch display, the other with a 10.5 inch display.

Now we have some actual photos of the new 10.5 inch version of the Samsung Galaxy Tab S, the photos were posted online by the guys over at Sammobile.

The 10.5 inch version of the Samsung Galaxy Tab S features a 10.5 inch QHD display that will have a resolution of 2560 x 1440 pixels, the display is said to be a Super AMOLED display.

Under the hood of the Samsung Galaxy Tab S we have an 8 core Samsung Exynos 5420 processor, which comes with four 1.9Ghz cores and four 1.3GHz cores. 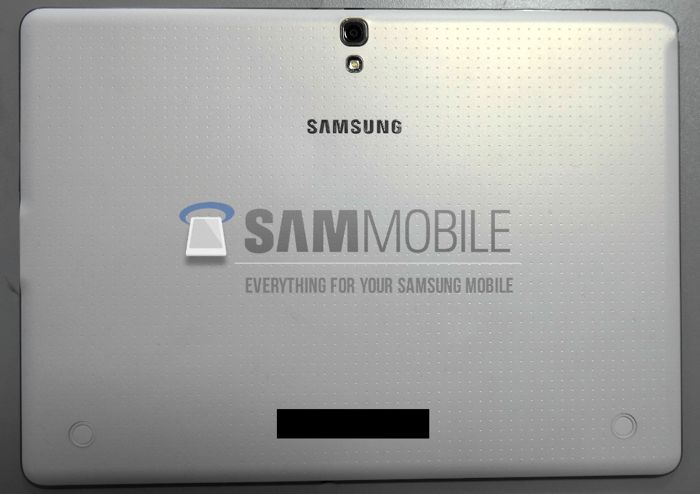 The Galaxy Tab S will come with Android 4.4 Kit Kat, and it will features 802.11 a/b/g/n/ac WiFi, Bluetooth 4.0 LE, LTE, and IR blaster, and GPS, it will also come with Samsung’s Magazine UX custom user interface.

As yet there are no details on when the new Samsung Galaxy Tab S will be made official, as soon as we get some more information, including some details on pricing for both the 10.5 inch and the 8.4 inch models, we will let you guys know.