The new Samsung Galaxy Tab 7.0 Plus recently went on sale in the US, and now T-Mobile has announced that they will be selling the tablet from the 16th of November when people sign up to a new data contract with the carrier.

The Samsung Galaxy Tab 7.0 Plus will retail for $249.99 on T-Mobile, after rebates, when you sign up to a new two year contract and it will go on sale in T-Mobile stores and their website from the 16th of November. 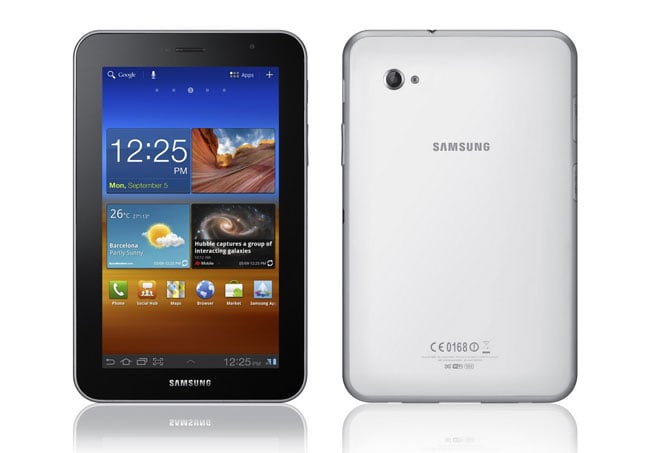 The Galaxy Samsung Tab 7.0 Plus comes with a 7 inch touchscreen display with a resolution of 1024 x 600 pixels, plus Android 3.2 Honeycomb, plus a dual core 1.2GHz processor.

Other specifications include front facing 2 megapixel camera and a rear facing 3 megapixel camera which can record HD video in 720p, it also features an LED flash and auto-focus, plus 1GB of RAM and and the choice of either 16GB or 32GB of storage.