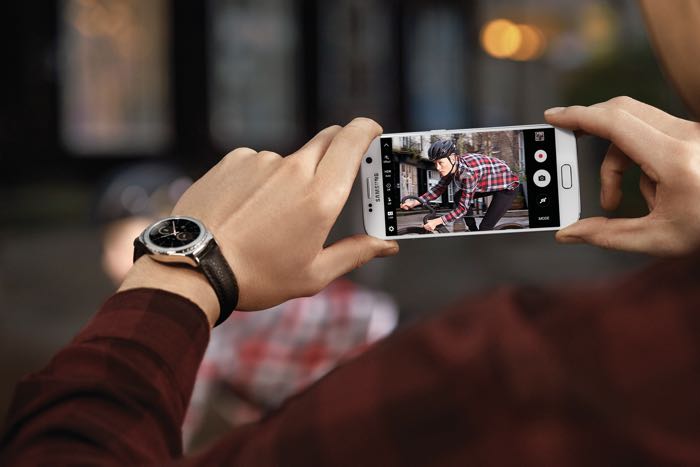 Over the last few years Samsung has offered different versions of its flagship device, this year is not different with the recent launch of the Samsung Galaxy S7 and Galaxy S7 Edge, this guide is designed to show you the difference between the Galaxy S7 vs Galaxy S7 Edge. 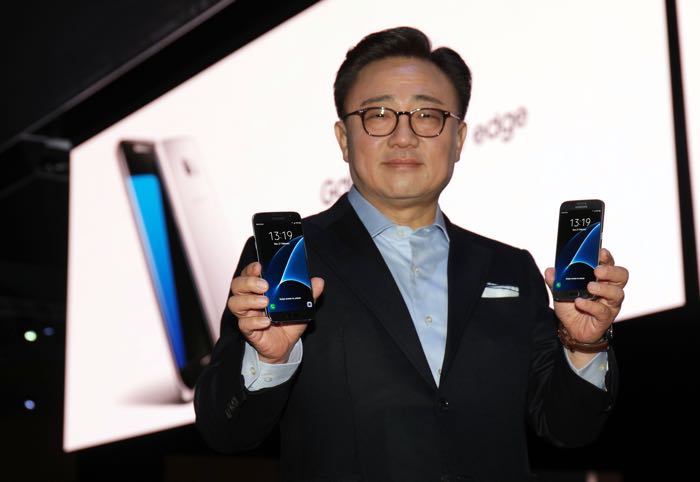 The Samsung Galaxy S7 and S7 Edge share many of the same hardware specifications, you can see the key specifications of Samsung’s latest flagship Android handsets in the table below. There is more detailed information on both devices after the table.

The main difference between the Samsung Galaxy S7 and S7 Edge is the display, both handsets come with different sized displays, although they have one of Samsung new features in common, the always on display.

The Samsung Galaxy S7 is equipped with a 5.1 inch display that features a Quad HD resolution of 2560 x 1440 pixels and it comes with 577 pixels per inch, the display on this handset is flat.

The Galaxy S7 Edge features a larger 5.5 inch display, it also has a resolution of 2560 x 1440 pixels but it has less pixels per inch with 534 pixels per inch, the display on this handset is curved on the edge’s this is where it gets its Edge name from.

The design of the handsets are an improved design on last years S6 and S6 Edge.

Samsung uses the same processors in each handset and there are two different processors depnding on the region.

Both devices are equipped with either a Qualcomm Snapdragon 820 processor or Samsung own Exynos 8990 processor, both of these processor are the latest ones which are designed to deliver impressive performance.

Each device is equipped with 4GB of RAM and comes with 32GB of built in storage, Samsung has also added a microSD card slot into these two new handsets and this gives you the option to add in up to 2ooGB of storage.

The addition of the microSD card slot for the S7 and S7 Edge is something that Samsung fans have been wanting, when Samsung released the S6 and S6 Edge the company did away with the expandable storage option which Samsung fans were not happy about.

Both the Samsung Galaxy S7 and S7 Edge share the same cameras, the front camera on the handsets is a 5 megapixel camera with an f/1.7 aperture and a wide angle lens, it also comes with a selfie flash and a range of features for taking selfies including selfie panorama.

The rear camera on the S7 and S7 Edge is Samsung’s new 12 megapixel sensor, it may have less megapixels that the S6 that it replaces but it has designed to take improved photos and videos over the S6.

Both of Samsung news smartphones have been give a larger battery over last years device, the Galaxy S7 is equipped with a 3000 mAh battery and the S7 Edge comes with a larger 3600 mAh battery. Samsung has included fast charging technology in both handsets and they can be charged to 60 percent in just 30 minutes, both batteries are non user replaceable.

The features on the S7 and S7 Edge are very similar, both devices are running the latest version of Android in the form of Android Marshmallow and the come with Samsung’s own TouchWiz user interface.

Samsung’s new S7 smartphones are both designed to be waterproof, Samsung has said that each device can be submerged in water for up to one hour, although some tests have shown the S7 surviving in water much longer than Samsung’s one hour.

Samsung Galaxy S7 vs S7 Edge – Which handset is right for you?

As the Samsung Galaxy S7 and S7 Edge share many of the same hardware components, same software they both provide an almost identical user experience, apart from a few differences.

The display size is different in the two handsets and also the size of the battery, the Galaxy S7 Edge comes with a larger 5.5 inch display where as the S7 has a smaller 5.1 inch display, both displays have the same resolution. The S7 Edge also features a larger battery which will last slightly longer than the S7.

If you are looking for a handset with a larger display and more battery capacity then the S7 Edge is the one to go  for. Which ever one of Samsung new S7 handsets you decide to go for you cant really go wrong, both devices are considered to be among the best smartphones that have been released this year.

In terms of price there is not a major difference between the two devices, the S7 will set you back $670 without a contract and the S7 Edge $770 without a contract, so basically you are paying $100 more for a larger display and a higher capacity battery.

Each device is available in a choice of four different colors which include silver, black, gold and white. You can find out more details about the Galaxy S7 and Galaxy S7 Edge over at Samsung’s website at the link below.