Last month, Samsung unveiled its flagship device, the Samsung Galaxy S5, at the Mobile World Congress. It seems Samsung will launch several versions of the Galaxy S5, similar to what they did with the Galaxy S4, such as S4 Active, Zoom, etc.

According to a new listing on GFXBench, it seems we might see the Samsung Galaxy S5 Zoom in the near future. It’s not a new rumor as we’ve already heard about this last month as well. 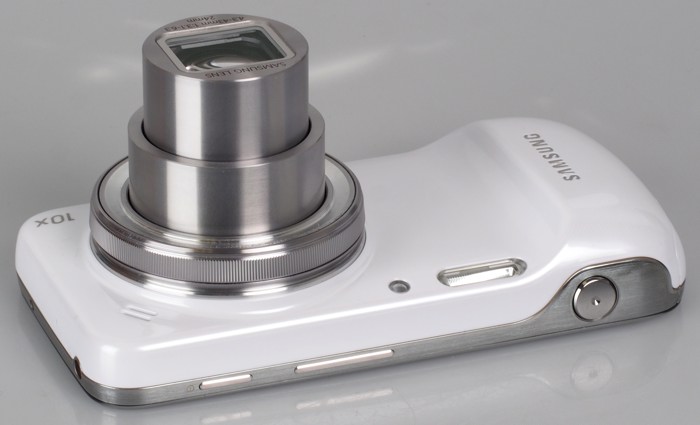 Samsung SM-C115 rocks a 4.8-inch display with a resolution of 1280 x 720, which is a decent bump as well compared to Galaxy S4 zoom which sported a qHD resolution. As far as the camera is concerned, the alleged Samsung Galaxy S5 should come with a 20 megapixel camera with a 5184 x 3888 and a 2MP front-facing camera. Under the hood, its powered by a Samsung Exynos 5 Hexa processor clocked at 1.3GHz. Other features include 2GB of RAM, a bunch of sensors, and runs Android 4.4.2 as its operating system. 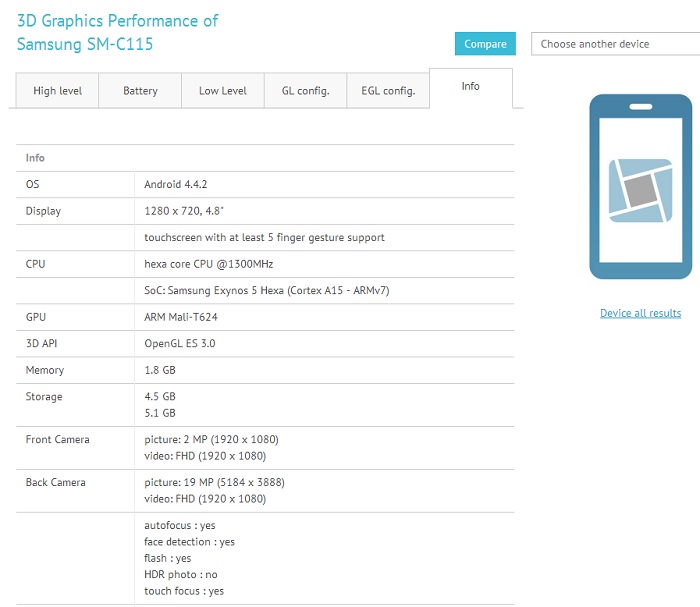 Well, Samsung has not officially confirmed its existence, but it could very well see the light of the day in the coming months. We’ll update yo uas soon as any information comes up.