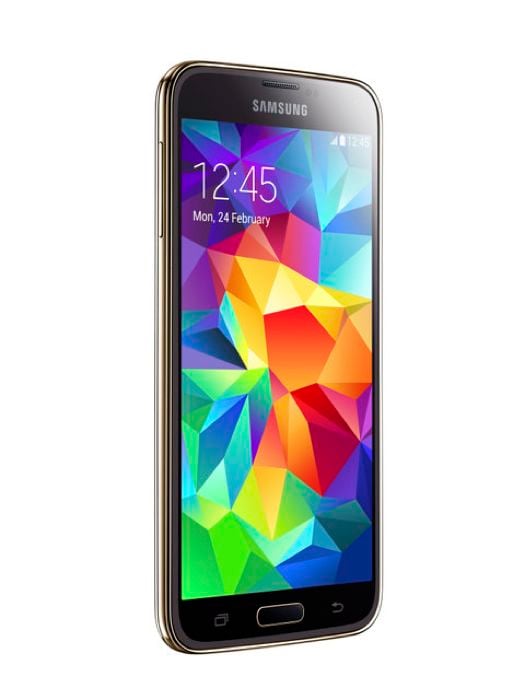 The Samsung Galaxy S5 has a 5.1 inch full HD display that has a resolution of 1920 x 1080 pixels,the device is powered by a quad core 2.5GHz Snapdragon 801 processor, it also comes with 2GB of RAM.

Other specifications on the handset include either 16GB or 32GB of built in storage, plus  a microSD card slot that supports up to 128GB cards, the device also comes with a 2 megapixel front camera and a 16 megapixel rear camera and Android 4.4 KitKat.