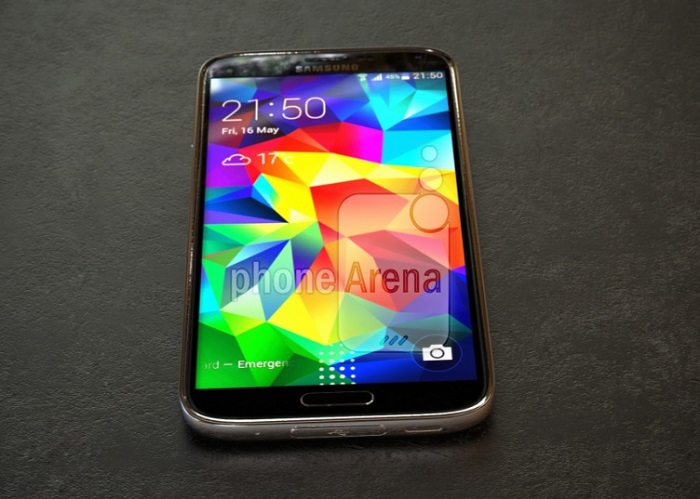 Rumors about the premium version of the Samsung Galaxy S5 Have been floating around the internet for a while now. Recently, the alleged Samsung Galaxy S5 Prime was spotted on the Bluetooth Sig, and has been rumored to see the light of the day in the coming weeks.

Recently, the folks at PhoneArena managed to get hold of some images of the alleged Samsung Galaxy S5 Prime, which looks similar to the current flagship device.

On the rear, it is expected to feature a 16MP camera, with a 2MP front-facing camera. Other features include a 2,800 mAh battery, aluminium body with Android 4.4.2 KitKAt as its operating system.

Samsung Galaxy S5 Prime is rumored to come in five different color options, with the launch date pegged for June. Here are some more leaked images of the alleged handset:

Before you get too excited, we’d suggest you take this with a grain of salt as there’s no way to judge if the device in the images above is really the Samsung Galaxy S5 Prime. If it is, it looks quite similar to the Galaxy S5. We’ll find out as soon as Samsung officially announces it.