Last week Google and Samsung announced the Samsung Galaxy S4 Google Edition, the handset will cone with the Google Nexus user experience, which basically means it will come with stock Android.

Now it looks like the Samsung Galaxy S4 Google Edition will only be available in the US when it launches, it will go on sale next month for $650 and will be available from the Google Play Store. 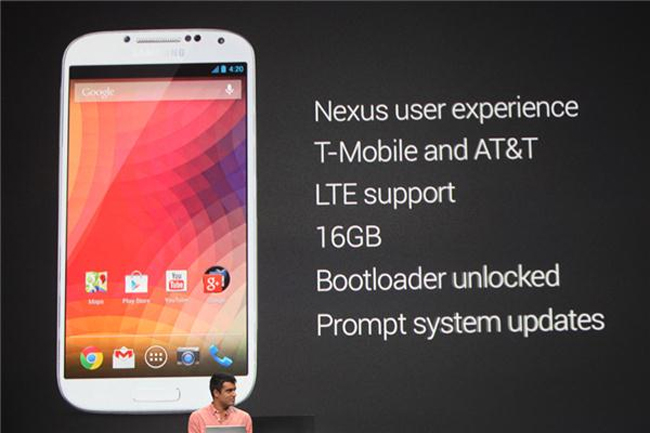 Google has announced that the Google Edition of the Galaxy S4 will only be available in the US, they have also not said when the handset will be launching in Europe and other countries, and it could possibly be a couple of months after the US launch of the device.