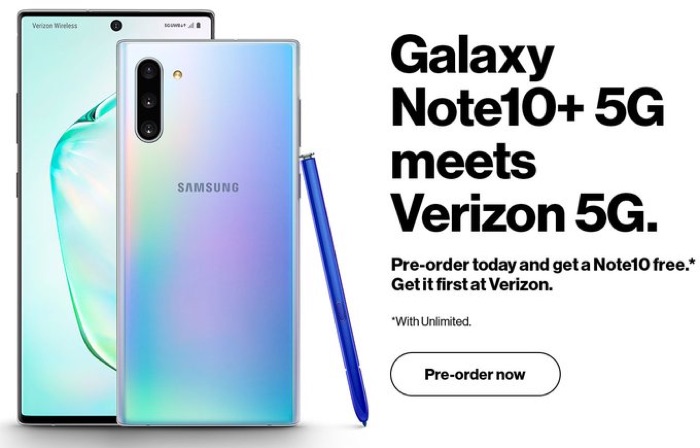 We knew that Samsung was releasing a 5G version of their Note 10 smartphone and now the handset has been revealed, it will be the Samsung Galaxy Note 10+ 5G.,

Evan Blass posted the photo above on Twitter, it appears to be an official press shot from Verizon Wireless and it confirms the handset is is headed to the carrier. It also reveals that Verizon will be offering a free NOte 10 when you pre-order the handset on their Unlimited plans.

All three handsets will have similar specifications with either a Samsung Exynos 9825 of Snapdragon 855+ processor, up to 12GB of RAM and up to 1TB of storage. Samsung will make their new Note 10 handsets official next month.

The company is holding a press event for the handsets in New York on the 7th of August, the new Note 10 will go on sale some time in August.