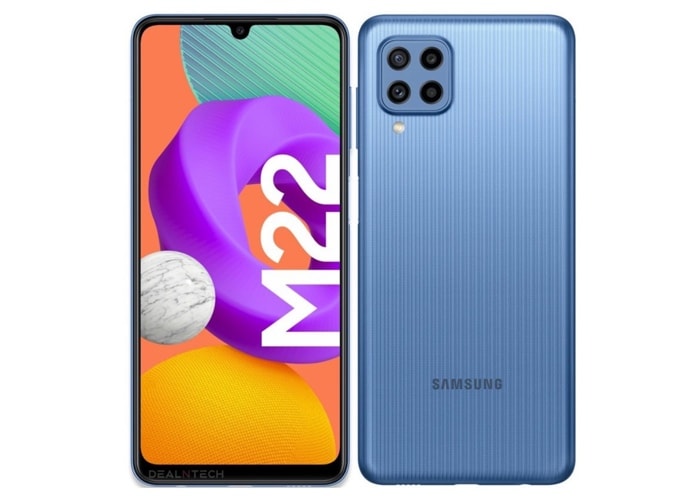 It looks like we have some more details on the new Samsung Galaxy M22 smartphone as some press renders for the device have been leaked.

As well as the new press renders of the handset there are also some more details on what specifications it will come with.

The new Samsung Galaxy M22 will come with a 6.4 inch Super AMOLED display that will have a HD+ resolution of 1600 x 720 pixels.

Processing on the new Galaxy M22 will come in the form of a Helio G80 processor from MediaTek and it will come with 4GB of RAM ans 128GB of included storage.

If you need some extra storage then you can add in another 1TB with the microSD card slot on the handset. it will also come with a 5000 mAh battery and 25 fast charging.

This will include a 48 megapixel main camera, an 8 megapixel ultrawide camera and a 2 megapixel macro and 2 megapixel depth camera. The devie is expected to launch some time soon and it will apparently retail for around €240.