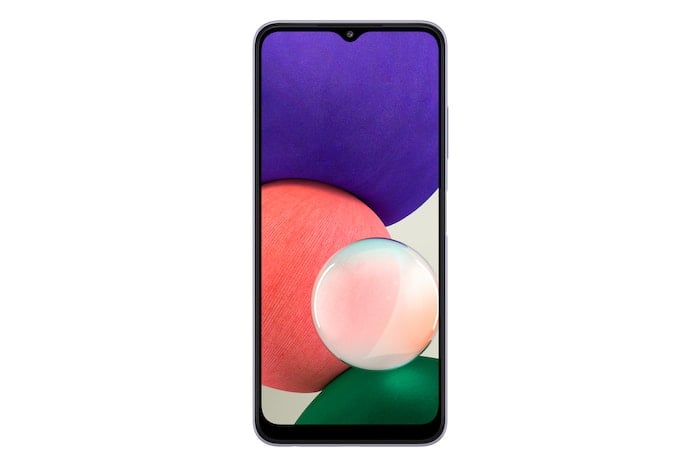 We have heard various rumors about the new Samsung Galaxy M22 smartphone and now we have some details on the European pricing.

The device recently appeared on a European retailers website and it was listed with the price for €239.90, it was spotted by Sudhanshu Ambhore who posted the details on Twitter.

The handset is expected to have similar specifications to the Galaxy A22, it should come with a 6.3 inch Super AMOLED display with a HD+ resolution with a 90Hz refresh rate.

Other rumored specifications include a Dimensity 700 5G or a MediaTek Helio G80 mobile processor and it also comes with a choice of 4GB, 6GB or 8GB of RAM and a range of storage options.

On the front of the device there is an 8 megapixel camera for Selfies and video calls, on the back there is a 48 megapixel main camera, 5 megapixel ultrawide camera and a 2 megapixel depth camera.

As soon as we get some more information on the new Samsung Galaxy M22 smartphone, including some photos of the device and a launch date, we will let you know.