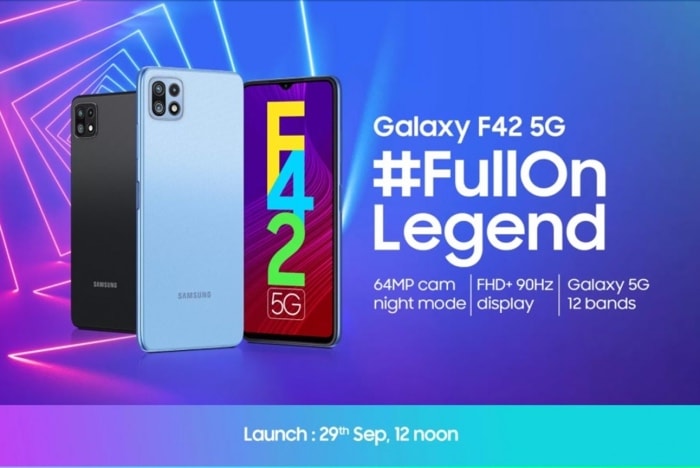 The Samsung galaxy F42 5G smartphone will be made official on the 29th of September, we have been hearing rumors about the device for some time and now we have more details on it.

The handset appeared in some benchmarks back in July and now it has been revealed that it will come with a 6 inch Super AMOLED display with a Full HD+ and a 90Hz refresh rate.

The Galaxy F52 5G will come with a 64 megapixel main camera and another camera on the back, the main camera will feature a Night Mode.

On the front of the handset there will be a single Selfie camera, the exact megapixels of this camera as not known as yet.

The device will also feature a 5000 mAh battery and fast charging and it will feature 5G and USB-C, there will also be a microSD 3.5mm headphone jack.

Previously rumors have suggested that the new Samsung Galaxy F42 5G smartphone will be powered by a Dimensity 700 mobile processor and it will also come with 6GB of RAM, we are expecting a number of storage options.

The handset will come with Android 11, we will have full details on the device when it is made official on the 29th of September.