There are a lot of things going on when it comes to Samsung. With all the rumors about the launch of several new products, Samsung is also expected to launch an upgraded Exynos Processor very soon, which might launch inside the highly rumored Samsung Galaxy S5.

Now, the folks at Samsung Exynos have started to post teasers on Twitter about their event that will be held during the Consumers Electronics Show 2014 on January 7th, which suggests that Samsung may showcase its next-generation SoC at the event.

The tweet doesn’t mention anything about the new Exynos processor, it simply mentions, “Flying even higher in 2014.” This could very well be one of the 64-Bit processor, or it could be related to the true octa-core support with Heterogeneous Multi-Processing technology for Exynos 5 Octa Samsung announced few months back. 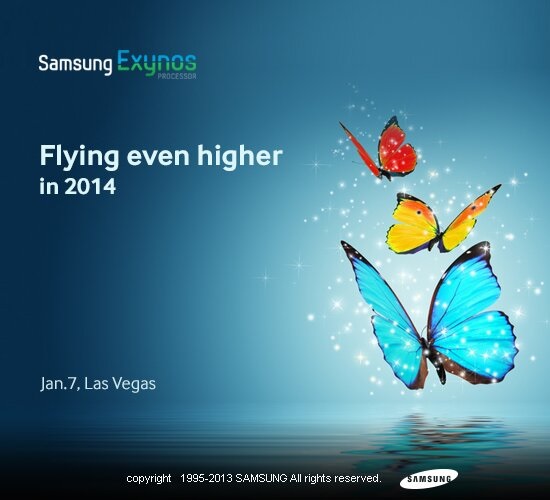 #CES2014 is right around the corner. Are you ready to #UnlockExynos?

The good news is Samsung Exynos 5 Octa already features HMP technology, which has to be enabled from software-side.

According to SamMobile, Exynos 5 Octa processor (Exynos 5410) found in Samsung Galaxy S4 is missing HMP implementation at both software and hardware level, while the SoC found in Galaxy Note 3 comes with HMP at hardware level, and a software update is required to activate it. However, there’s no guarantee that Samsung will enable it for it, for that we have to wait for Samsung to make an official announcement.

We’ll update you with all the happenings from CES 2014. Stay tuned.