The other day a new device, which is rumored to be the Samsung Galaxy S5 was spotted in some benchmarks, and the benchmarks revealed some more information about the Galaxy S5. 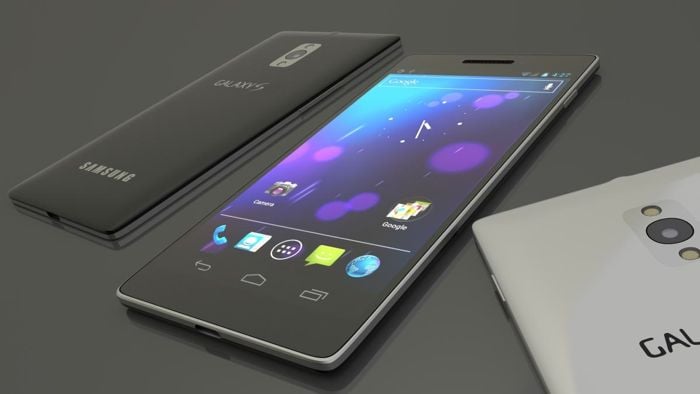 This confirms what we heard earlier this month, that the Galaxy S5 would be equipped with a 5 inch display with the 2560 x 1440 pixels at 560 pixels per inch.

Samsung are expected to give the Galaxy S5 a more upmarket look and feel over its predecessor, the handset will feature a unibody metal casing instead of a plastic casing used in the Galaxy S4.

We also heard previously that the Samsung Galaxy S5 would be the first of Samsung’s smartphones to use a new 64-bit mobile processor, although there has also been evidence that Samsung may launch the handset with a Qualcomm Snapdragon 805 processor.

We suspect there will be two models of the Samsung Galaxy S5, just like the Galaxy S4, one with a Snapdragon 805 processor and one with a 64-bit processor, the handset is also rumored to come with 4GB of RAM.

It looks like the Galaxy S5 will launch with Android 4.4 Kit Kat, as this was shown in the benchmarks on the device which is rumored to be the Galaxy S5.

Samsung are expected to announce the Samsung Galaxy S5 some time in February, and are expecting it to go on sale either in late February or in early March.

Mobile World Congress takes place in February between the 24th and 27th, Samsung could announce the Samsung Galaxy S5 at MWC 2014, although the company tends to announce their handsets at their own events.

We suspect that if Samsung intends to announce the Galaxy S5 in February, it will be announced before MWC 2014, and then the handset sill be shown off at the event, as soon as we get some more details about the device, we will let you guys know.

The image above is a concept design of what the handset may look like.