Images of the new Samsung Chromebook 2 have been leaked this week by the Evleaks website and have revealed that Samsung might have opted for a faux-leather finish for their new Chromebook 2 laptop.

The leaked Samsung Chromebook 2 images were tweeted by the Evleakas website and reveal that the laptop is following the route of Samsung’s Galaxy Note 3, Galaxy S4 Black Edition, Galaxy Grand 2 and Galaxy Note Pro 12.2 devices that also all sport a faux-leather finish. 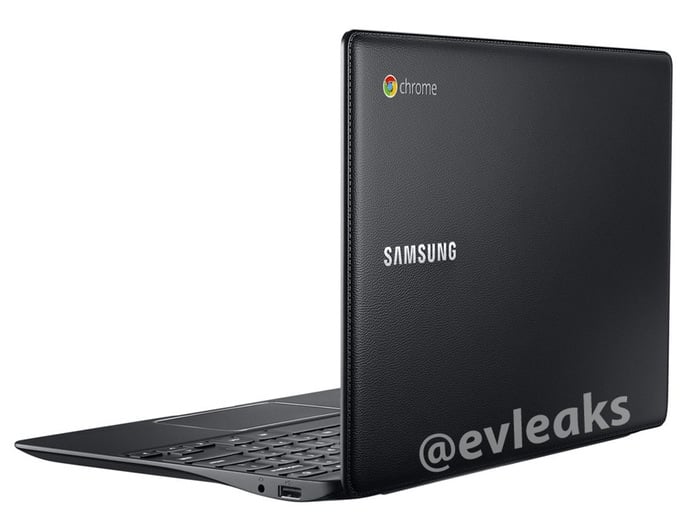 Rumors suggest that the new Samsung Chromebook 2 will be launched in two sizes sporting both 11.6 inches and 13.3 inch screens. With the smaller of the two expected to be powered by Samsung’s Exynos 5 processor supported by 4GB of RAM as well as being equipped with a 16GB solid state disk (SSD).

As you might expect nothing has been officially announced by Samsung as yet, but when their new rumoured Chromebook launch they are expected to be priced starting at $299. As soon as Samsung announces any further details or specifications regards the new Chromebook 2 laptop we will keep you updated as always. 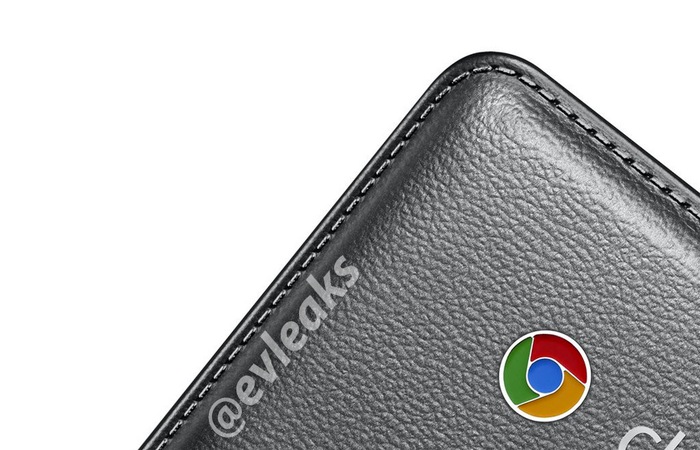