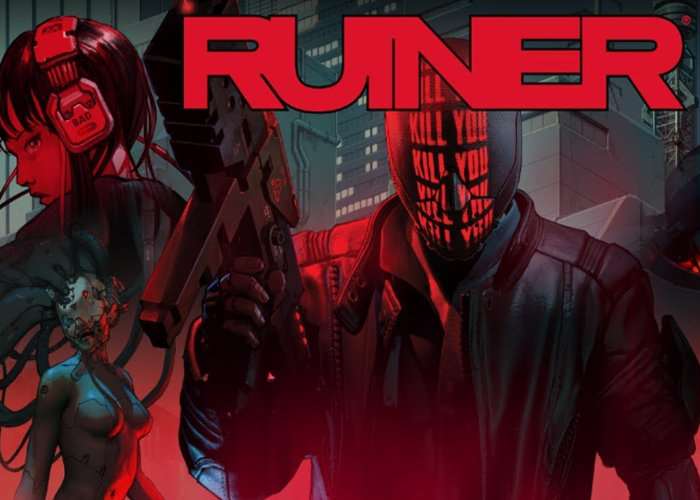 Magdalena Tomkowicz Producer at developer Reikon Games has taken to the official PlayStation blog this week to reveal more details about Ruiner Movement Is Life, the new cyberpunk action-adventure that will be launching on PlayStation 4, PC and Xbox One on September 26th, 2017.

Ruiner is an action shooter set in the year 2091 and takes place in the cyber metropolis Rengkok. The storyline revolves around a wired sociopath that lashes out against a corrupt system to uncover the truth and retrieve his kidnapped brother with help from a secretive hacker friend.

Check out the video below to learn more about what you can expect from the gameplay. Features of Ruiner include:

– Sophisticated & Brutal Combat: Ruiner features lightning fast combat that requires a delicate balance of overwhelming, brute force, and elegant strikes to overcome all manner of savage opponents. Blast through crowds or slow down time and hand select your points of attack before unleashing a storm of violence on the battlefield.

– Cyberpunk Inspired Arsenal: Equip all manner of high-tech firearms and melee weapons to ruin all that oppose you. Employ state of the art gadgets like energy shield, dash augmentations, and the switch gun stun or hack the opposition onto your side of the fight.

– Story-Driven Action: Violent confrontation is a means to an end and trust is a devalued currency in Rengkok as you navigate a senseless world with the help of a mysterious hacker friend.