Alex Shpetniy and Brian Dinh have created an awesome rubber band machine gun that is capable of holding 672 shots ready to unload and fires them at roughly a rate of 14 bands a second. 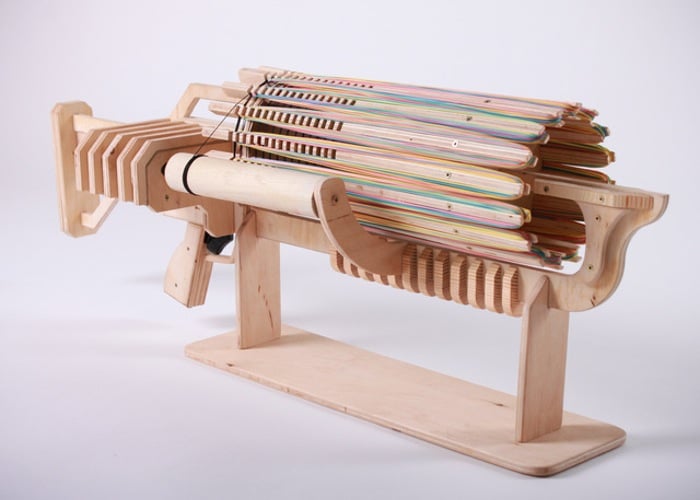 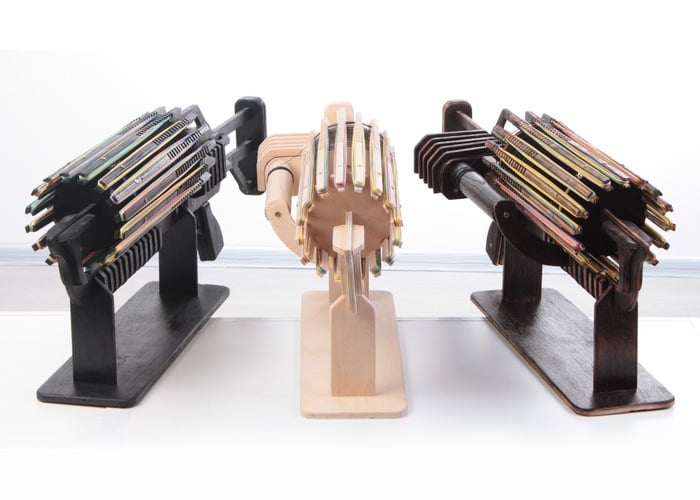 The rubber band machine gun consists of 16 barrels and is fully automatic using an electric feed is powered by 5 x AA batteries and measures 34 x 8 x 11 inches in size. Its creators explain:

“With our Rubber Band Gun Machine (or RBGM) everyone can feel like Rambo, launching a rubber storm, and throwing over a pound of rubber bands into the opponent!”