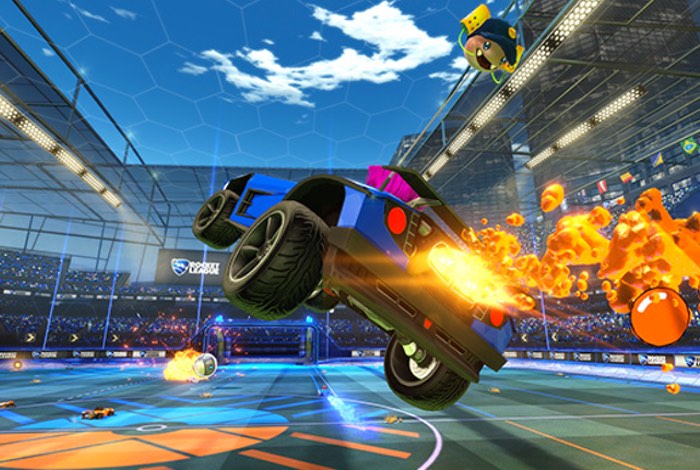 Major Nelson has today announced the launch of the highly anticipated Rocket League on Xbox One which is now available to purchase and download directly from the Xbox online store priced at $19.99.

Rocket LeagueHas previously been available to play on Sony’s PlayStation 4 and PC systems and provides a game which combines soccer and driving in an award-winning physics-based multiplayer destruction Derby.

Rocket LeagueIs the sequel to the popular Supersonic Acrobatic Rocket-Powered Battle-Cars! and the Xbox One version includes All “Game of the Year Edition” content as well as two Xbox One exclusive vehicles in the form of the The Halo “HogSticker,” an alternate version of the Warthogfrom Halo, and the Gears of War Armadillo armour vehicle.

Rocket League’s gameplay is largely the same as that of its predecessor Supersonic Acrobatic Rocket-Powered Battle-Cars. Players control a rocket-powered car and use it to hit a ball that is much larger than the cars towards the other team’s goal area to score points, in a way that resembles a soccer game, with elements reminiscent of a demolition derby.