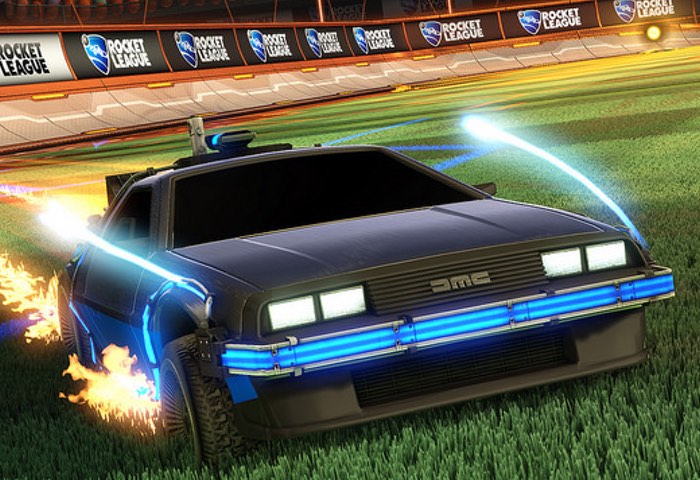 Jeremy Dunham VP of Marketing at Psyonix has taken to the PlayStation blog this week to announce the upcoming arrival of a new addition to Rocket League to celebrate the 30th anniversary of the Back to the Future movie.

Next week from October 21st 2015 Rocket League players will be able to cruise around in style using the DeLorean Time Machine from the iconic movie.

Check out the video below to learn more and see it in action. The new DeLorean vehicle will be available in the “Back to the Future Car Pack,” and the DeLorean Time Machine will retail for $1.99.

Truth be told, we used to fantasize and joke about having the DeLorean Time Machine in our game months before it even came out. We were all such huge Back to the Future fans here at Psyonix, that it was one of the few “Holy Grails” we had hoped for besides having a hit game. The fact that we’re getting both of those “best-case scenarios” in the same year is an amazing accomplishment for us, they’re things we’ll never forget!

Hopefully you’ll never forget your time with the DeLorean Time Machine either, as we’ve worked meticulously to recreate its look, feel, and folding jet-wheels just as they appeared in the original motion picture trilogy. Best of all, it’s a heck of a lot of fun to play with — and comes complete with its signature “Burnt Rubber” Rocket Trail to boot!